Thousands Of Georgians Rally Against HB87/SB40 At The Capitol!! 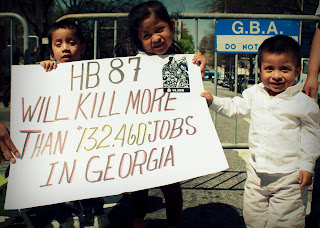 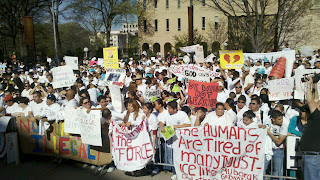 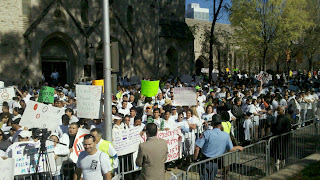 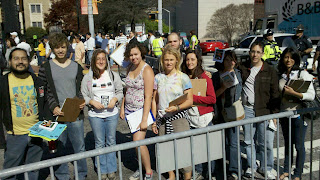 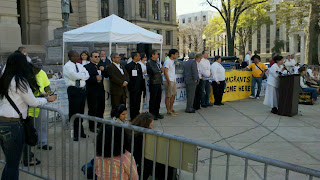 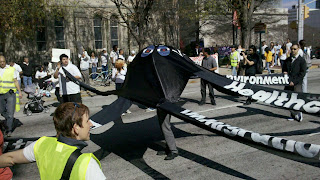 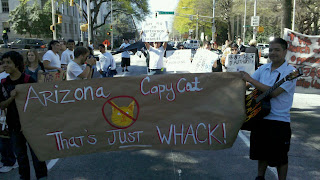 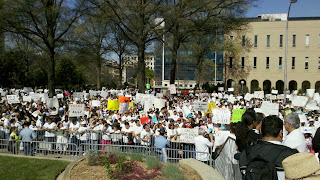 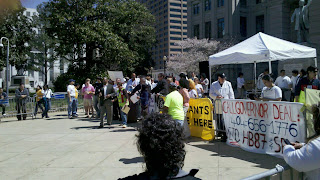 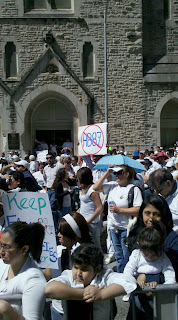 What a day! Thousands of Georgians came together today to rally at the capitol against HB87/SB40.

State Reps. Matt Ramsey and Sen. Jack Murphy, both Republicans, have sponsored legislation that would require employers to use a federal database to check the immigration status of new hires. Legislation also would authorize law-enforcement officers to check the immigration status of anyone they suspected of being undocumented. The bills would also make it a crime to assist anyone that's undocumented and it's vague enough that it could be interpreted that simply giving someone a ride to church or the store could be an arrestable offense.

The Fact that Arizona is taking a timeout from their historic anti-immigrant legislation amid concerns from business leaders that the issue is hurting the state's struggling economy seems to have caused no pause to republican's who are pushing the bill. This seems ironic because I keep hearing Georgia republicans posture themselves as the party of "common sense" and "fiscally responsible".

When one simply scratches the surface in the search for the real motives behind this bill the obvious conclusion is pretty scary. It appears to be scapegoat legislation targeted at one of the seeming least powerful voices in the state. The law makers who are crying for the passage of this bill are willing to further assault Georgia's already struggling economy in an effort to rally their base by stirring up fears based on made up "facts" that literally seemed pulled out of the stratosphere.

The message at the capitol was clear, Georgia can't afford this terrible legislation. Dozens of speakers addressed the crowd of over 5,000 including Congressman John Lewis, a leader of the 1960s civil rights movement. He said that he was arrested dozens of times while working alongside Martin Luther King Jr. "I was beaten, left bloody, but I didn't give up and you must not give up," he said to loud cheers.Indigo Girls performed their song "Shame on You" with lyrics adapted for the rally.

Indigo Girls also made an appearance, performing their song "Shame on You" with changed up lyrics just for the rally.


We were especially proud of all the high school students from several of the schools we've been working with that got permission to skip school to attend. After the rally they came to the office for a strategy session on ways to mobilize against hb87/sb40 on their campus.

The rally was called by the Georgia Latino Alliance for Human Rights and supported by dozens of organizations across the state. It was a great day to be at the capitol. At one point, I believe the crowd made so much noise the gold dome shook.

Thanks Kelly Azabache Core for hooking me up with the pics!