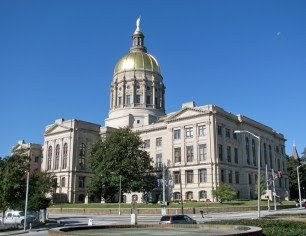 Status: Not yet assigned to a committee

Status: Assigned to the Senate Insurance and Labor Committee

Status: Not yet assigned to a committee

SB 27 requires use of e-Verify by public contractors and sub-contractors and establishes non-compliance penalties, including civil and criminal sanctions.

HB 87 among other things requires that private employers use e-Verify and establishes civil sanctions in case of non-compliance. It also requires that state and local law enforcement officers investigate the immigration status of individuals they “reasonably suspect” of being undocumented and authorizes police to detain people for a period necessary to determine their status and subsequently arrest those determined to have unlawful status and transport them to a federal jail. The bill also creates criminal penalties for any individual that encourages an undocumented person to come to Georgia or transports or harbors them once they arrive. Further, it provides additional incentives for localities to enter into harmful 287(g) or “Secure Communities” Agreements. It also provides for a private right of legal action by any “legal resident” against any Georgia official or agency for purposes of forcing them to enforce provisions of the bill.

This is the Senate version of HB 87, with significant variations. This bill is undergoing revision in Committee meetings.

HB 59 would prohibit all 35 public universities and colleges in Georgia from admitting undocumented immigrant students, regardless of their academic qualifications. On October 13, 2010, the Board of Regents passed a policy limiting access to higher education for undocumented students. The policy goes into effect in fall 2011.

HB 94 would prohibits law enforcement officers from using race or ethnicity in determining whether to stop a motorist. (Note: similar bill to HB 177). It would also require annual training of police to teach them that race and ethnicity are impermissible to use in stopping vehicles. Further, it would require law enforcement officers to document the race, ethnicity, and gender of a stopped motorist and passengers, as well as the reason for the stop, and to keep this record public.

The legislature is also considering cuts to funding for public education proposed by Governor Nathan Deal. The changes would reduce funding to the HOPE scholarship so that it would:

Please write and call your legislators and tell them how you feel about this proposed legislation. You can use the descriptions above as talking points.

Go to congress.org and type your zip code in the box on the right. If necessary, you can enter your full address on the page that comes up next to further narrow down legislators.