Forest Cove is a 398-unit Section 8 apartment complex in southeast Atlanta. In early 2018, a group of tenants reached out to Housing Justice League for help organizing to achieve better living conditions. Since then, AFSC and HJL have worked with Forest Cove tenants to form a tenant association, and hold management accountable to its responsibility to provide safe and comfortable housing. The tenant association was active for almost a year, before frustration due to a lack of progress and the relocation of one of its most vocal leaders caused its activity to cease.

It was decided in the spring of 2019 to begin a program to engage young people who live in or are connected to Forest Cove. The Forest Cove Youth Leadership Program would be the first step in an effort to build a source of youth pressure and power that could revive and support the tenant association. Its curriculum was designed to educate participants about issues related to housing, land and community, help participants build leadership skills, and give participants a chance to bring a piece of what they learned back to the neighborhood. The program’s first cohort ran from June 25, 2019 to September 19, 2019.

Four paid, part-time interns were hired to participate in the program. Seven individuals submitted paper applications, and after one round of in-person interviews, the final four cohort members were chosen: two young men and two young women, ages 17, 21, 23 and 24. The interns were chosen based on their passion for seeing the neighborhood change for the better – prior experience with organizing was not required. Our goal was to seek out and train new leaders with no or minimal background in activism. Three interns were unable to finish the program, and the cohort ended with one intern and one volunteer.

During the third week of the program, the interns attended the AFSC South Region Youth Summit in Washington, D.C. The summit was an opportunity for the interns to meet other youth program participants from around the South Region, and participate in a training about how to create change in their communities while resisting racism, colonialism and imperialism. The summit also included a chance for the interns to speak with their elected representatives in Congress about an issue that was important to them.

For their capitol visit, the Atlanta interns teamed up with a youth participant from D.C. and came up with a joint presentation that called attention to issues of policing and criminal justice within their communities. The group met with policy advisors for Georgia Senator David Perdue, and for D.C. Representative Eleanor Holmes Norton.

The second half of the curriculum was dedicated to planning a culminating project – an event that would be led by the interns, and that would allow them to engage their neighbors around a theme or issue of their choice. The culminating project took place on Saturday, September 14, 2019. It was named “Igniting Hope,” and it was planned as an opportunity for Forest Cove tenants to create a shared vision for the neighborhood they want to live in. We were hopeful that this event could build momentum in favor of a revived tenant association, and so far, our efforts have been fruitful. A few of the adults who attended have expressed a willingness and eagerness to continue meeting and remain involved.

The second cohort of the Forest Cove Youth Leadership Program will be launched in the spring of 2020. For the next cohort and those that follow, the program curriculum will be re-worked to further connect the interns to the housing justice campaigns that the Atlanta Economic Justice Program is involved with. Two youth participants who were involved this summer have chosen to continue working as volunteers to help continue the process of engaging and mobilizing Forest Cove tenants. During the fall of 2019, we will organize events to educate Forest Cove neighbors, provide fun activities for the neighborhood children, and continue to build momentum for the tenant association.

The following reflection was written by Dimoniqua Smith, one of the program’s interns:

“What can I do? Nothing. Before AFSC, the problems of my life, of this world, were just problems. They didn’t have solutions. I didn’t even think that they could have solutions. The one main thing I remember from the Youth Summit was to resist. Don’t ever just accept things as they are, and question everything. Don’t just accept the world as it is if it’s not the best. Remember that if you can’t use anything else, you could use your voice to get your community and the world to listen.
AFSC has taught me so many important things. It’s hard to pick and choose which ones are the most important. I believe the second most important one is to spread what you learned back into the world. Or at least plant the seed people’s minds. And to remember that change doesn’t happen overnight. It took Europeans centuries to push their beliefs onto the world. I don’t want to ramble so I’m going to end this. Fate brought AFSC to me and I learned so much from them. From Ms. Foluke, Mrs. Nia, and the rest of ASFC’s amazing organization.”
-- Dimoniqua Smith, 17
Posted by Atlanta Economic Justice Program/AFSC at 3:10 PM 5 comments 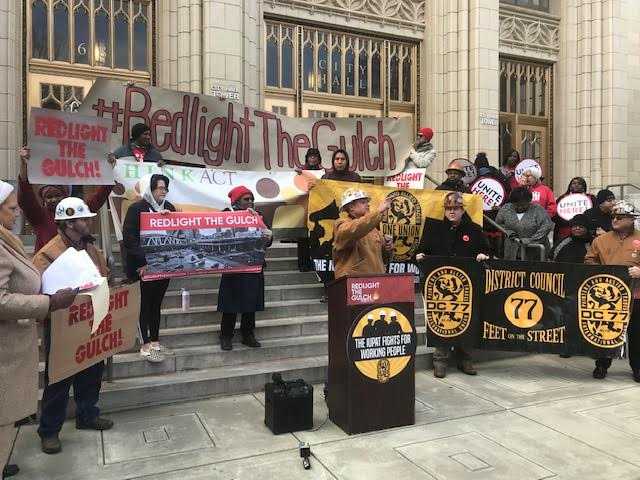 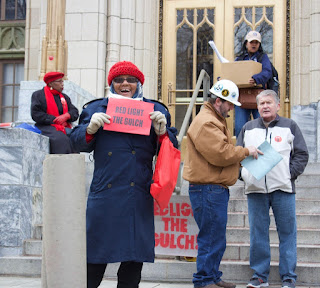