Home For the Holidays With the Occupy Movement! 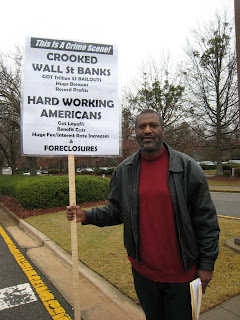 Two people on opposite sides of the country are able to spend the holidays at home due to last-minute interventions by Occupy Atlanta, Occupy Gwinnett, and Occupy Los Angeles.

Kenneth Glover contacted Occupy Atlanta early in November. His home had been foreclosed on and apparently sold to another bank. However, even though the bank was unable to show ownership of the home, an eviction went through initially. Deborah Storm, of Occupy Gwinnett, says “I went with Kenneth to his eviction hearing and found that the judge in the case was very biased…He listened to everything that the plaintiff had to say, but very little of what Kenneth Glover had to say. ” Seven days later, Mr. Glover was able to file an appeal and a motion to review with help from Occupy Gwinnett. The appeal was accepted fifteen minutes before the court closed. Thursday evening when Mr. Glover got home, he received a letter saying that the putative owner of the house is not pursuing an eviction a this time. Occupy Gwinnett also helped him find a lawyer who feels that he has a good case going forward. Mr. Glover says, “I would like to thank Occupy Gwinnett for helping me and other Georgia citizens, for their support and keeping us in our home.”

Meanwhile, across the country in Palmville, CA, Gary Cohen was struggling with his own situation. Disabled from a stroke following his wife’s death, he had gone into what he described as a “downward turn.” On top of his personal grief, he had to deal with a complicated tangle: his mortgage, which was originally with Household Finance, had been sold and re-sold, and a balloon payment which had been removed suddenly reappeared. He had attempted to get a loan modification through HAMP with Indymac, the current owner of the mortgage. “They wanted me to send this paperwork, that paperwork…They finally said, essentially, ‘this is taking too long.’” His home was scheduled to be auctioned off on December 22. But on December 21, he saw a segment on CNN about Brigitte Walker, whose home Occupy Atlanta helped save. “I wasn’t able to find the legal aid website CNN posted when I went looking for it, so I thought, ‘what about Occupy Atlanta?’” He was able to reach Kelvin Williams who was working on Occupy Atlanta’s telephone system, and who just happened to be going through a foreclosure himself. “He called us at about 1:30 pm…” From Georgia, Kelvin walked Mr. Cohen through the paperwork required to file a skeletal bankruptcy which would put an automatic stay on the sale of the house. Meanwhile, Occupy Atlanta participants contacted Occupy Los Angeles. While Mr. Cohen filed paperwork at the courthouse. the next morning at 8:45 am, with fifteen minutes to spare before the sale at 9 am, several people from Occupy Los Angeles went to where the foreclosure sale was occurring in order to stop it. “Indymac didn’t want to take the paperwork, but the folks from Occupy Los Angeles convinced them.” The sale was postponed, which will allow Mr. Cohen enough time to file the paperwork he needs in order to keep his home. “It worked,” says Kelvin. “I’m still kinda in shock.”

It should be noted that while all of the foreclosure occupations are relatively small, an even smaller number of people were involved in each of these situations. The willingness of only a handful of people from Occupy Gwinnett, Occupy Atlanta, and Occupy Los Angeles to intervene resulted in two families gaining a reprieve and the opportunity to save their homes.

“It was kind of magical for me. My wife, who passed away a year and a half ago from cancer, was from Georgia, and we always wanted to visit but never got the chance. You could say our heart was there, and that’s where the help came from.”

*Pictured above in Kenneth Glover. 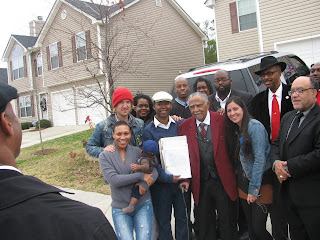 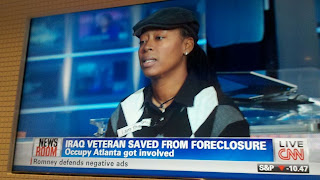 Brigitte Walker's victory not only means that she will be able to stay in her home, it's a call to action for everyone facing eviction or foreclosure! We are encouraged that the rest of the nation is picking up on her story. Brigitte Walker's willingness to resist her foreclosure, along side Occupy Atlanta is truly inspiring!

Check out some of the coverage on Brigitte Walker and Occupy Atlanta's BIG win: 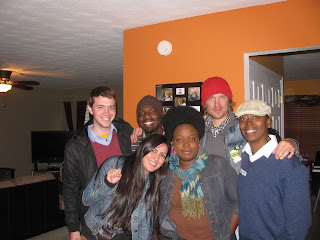 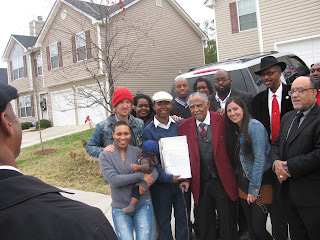 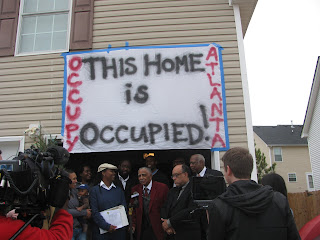 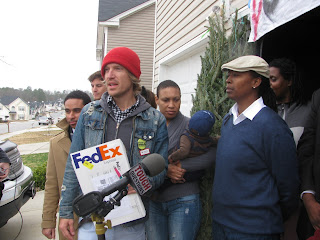 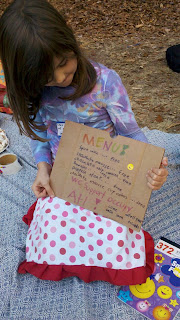 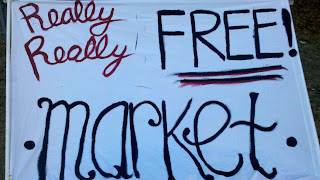 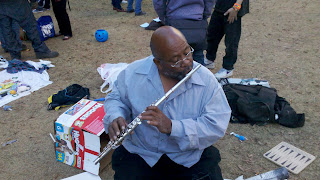 Occupy Atlanta launched it's first really, really free market on black Friday and has continued to organize one every weekend. What is a Really, Really free market? It's a space where the exchange of money or goods is prohibited. Everything is totally free. Bring what you would like, take what you would like, it's all free.
The really, really, free markets have not only been opportunities for folks to give and recieves items they may need, it's also been an opportunity to create dialogue about the problems with our current economic system. How can we meet each other our brithers and sisters in the spirit of community when our system is based on compitition? What is the real cost and real value of the items our society lifts up as treasures?
This Saturday at Troy Davis Park(formerly known as Woodruff Park) at 1pm there will be a final pre- Christmas really, really, free market. So come bring stuff, take stuff, and meet some new friends!
Tim Franzen
American Friends Service Committee
Posted by Atlanta Economic Justice Program/AFSC at 12:33 AM 1 comments 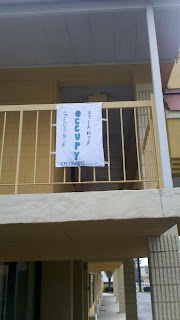 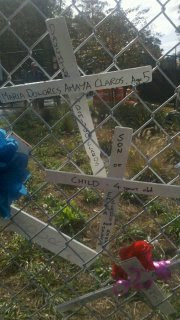 This past November AFSC organized a workshop on how to demilitarize our communities at the yearly rally and vigil to close the School of The Americas. We also had an information booth at the gates of fort benning all weekend.
AFSC was also excited to participate in a statewide effort to bring Occupy movements in the state of Georgia togther. Occupation movements from Atlanta, Augusta, Athens,Gwinnett, and Columbus came together to share ideas, progress, and possibilities. Ideas on colaberative work possibilities included coordinating home Occupations to save families from foreclosure and evictions and black Friday events.
Tim Franzen
American Friends Service Committee
Posted by Atlanta Economic Justice Program/AFSC at 11:42 PM 0 comments