Connecting the Dots in Augusta Ga. 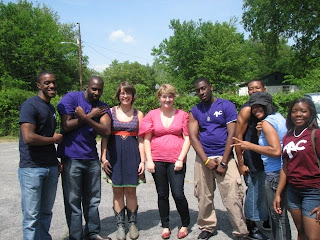 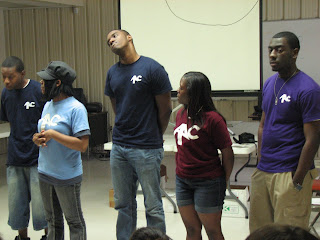 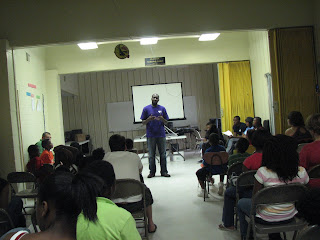 This past weekend the Central Savannah River Area Peace Alliance hosted the Georgia Peace and Justice Coalition and the American Friends Service Committee down in Augusta, Ga. for an event called “Connecting the Dots.” Art as an Agent for Change, an amazing spoken word group from Milledgeville, Ga., inspired the community with poems that linked militarism, racism, and materialism. These connections were made my Martin Luther King Jr. in his 1967 “Beyond Vietnam” speech and serve as the grounding text for the upcoming “Be the Change” youth convergence in May.
The crowd at the event ranged from two rows full of antsy eight year olds, to mothers and grandmothers. The local county commissioner even came out to show his support for the cause. After speaking about the youth convergence many young men and women came up and expressed interest in attending. Everyone in the crowd really enjoyed the smooth rhymes and sweet sounds of Art as an Agent for Change and as always they “Shut it down.”
After the event pizza and cookies were to be had by all and everyone gathered to socialize at the community center. Gwen Johnson and Maxine Donaldson are two women from Big Sisters in Action, a local non-profit that mentors young women. They connected with AFSC at Poor Peoples Day in Atlanta and invited us to come out and have an event in Augusta. This event could not have happened without their support and the support of other members on the board of the community center. Everyone was so grateful to have something like this take place in their community and made us promise we would return for future events.

Posted by Atlanta Economic Justice Program/AFSC at 11:04 AM