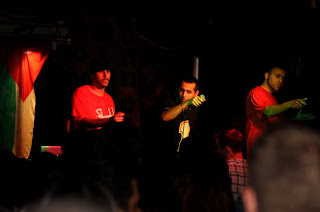 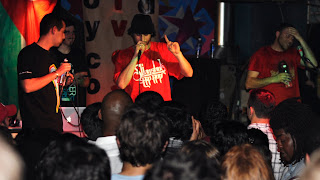 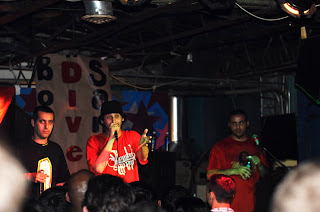 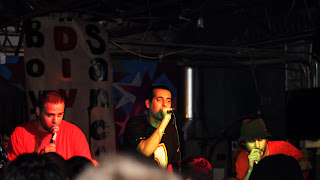 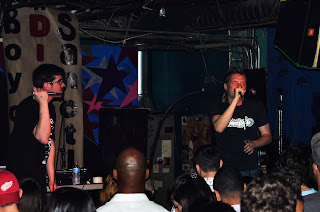 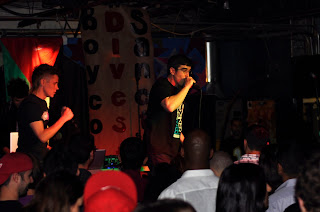 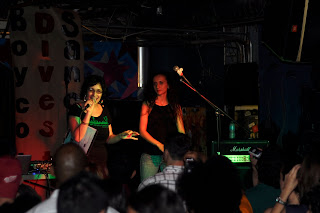 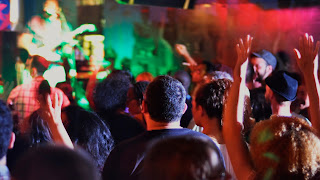 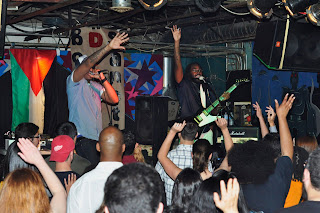 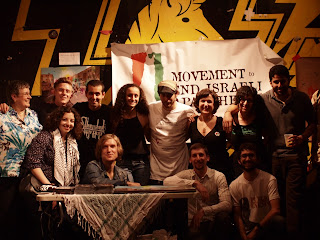 AFSC Atlanta had the opportunity to work with the Movement to End Israeli Apartheid Georgia(MEIAG) in their effort to organize the Atlanta concert for the DAM 2010 Spring tour. For those the don't know DAM is the first hip hop crew to come out of Palestine and their the subject of the award winning and wildly entertaining documentary, "SlingsShot Hip Hop."

It took us over six months to get DAM booked for the show. We did have DAM booked tentatively last November but the US denied their visas and we had to do the show without them. There was fear up to the last few weeks that the same thing could happen again.

We knew that show was going to be big when the facebook event grew from 350 invites to 5000 in a matter of days. MEIAG folks also plastered Atlanta with beautiful concert posters, made radio PSA's, and booked to popular Atlanta hip hop acts( Contraverse and Weapons of Audio) to promote the show.

The show was booked at the Drunken Unicorn, a venue known for it's great sound system and kinetic crowds. Any anxiety about a light turnout totally evaporated when the doors opened at 9pm to a rather long line of folks anxious to get in. The venue reached max capacity within 45 minutes!!

After members of MEIAG welcomed the crowd Weapons of Audio launched into an energetic set that infused electronic funk and hip hop. Contraverse also wowed the crowd with their sharp beats, tight rhymes, and smooth flow. It's safe to say that the crowd was thoroughly warmed up for the eagerly awaited headlining act, DAM.

I've been a hip hop fan for years. I grew up on Def Jam artist of the 80's. The first album I every bought was Run DMC's "Raising Hell". I must say the DAM is an unusual occurrence in a live hip hop experience. They definitely bring an energy that could match any hip hop act touring today, they have a lot of charisma live( you really can never tell by watching a groups videos), their beats force your hands in the air, their lyrical message holds depth and meaning with out coming off preachy or compromising the shear entertainment of the show. DAM's performance was one of the stronger hip hop shows I've seen in years. The crowd might have torn the walls down had DAM not played an encore. After DAM leaving the stage there was literally a layer of moisture on the ceiling dripping down, no joke.

Folks stuck around after the show to network, meet the bands, pick up MEIAG literature and sign up on MEIAG's email list. The show was a great opportunity for MEIAG to get face to face with folks in the community that normally would not come out to panels, research meetings, or demonstrations. It gave us a chance to talk about an Atlanta based Boycott, Divest, Sanctions campaign designed to cut cultural and financial ties with Israel, and engage new partners in the community. The night was a huge success for MEIAG and AFSC was excited to have a part in it.