AFSC will not back down, stakes too high 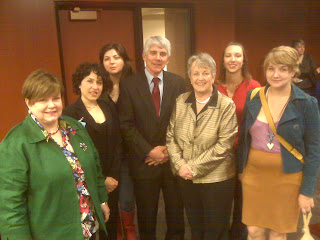 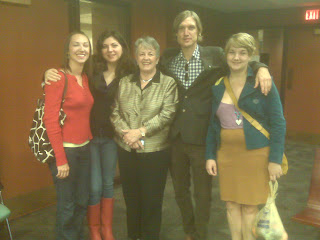 Many remember our battle with the the Georgia Senate Defense and Veteran's Affairs Committee over our Resolution that addressed the unethical, often illegal military recruitment of children in the Georgia school system. That battle climaxed with a pretty contentious hearing that featured testimony from students, teachers, parents, former military recruiters, combat veterans, even the officer in charge of National Guard recruitment showed up. The end result of that hearing was rather interesting. As a result of all the statewide support our campaign built, not one Senator would second a motion to kill the resolution. In fact several Republican Senators found parts of the resolution that they agreed with and one of our opponents on the committee said he was in favor of a standardized statewide opt out system.

After much discussion with Azadeh Shahshahani, Senator Orrock, and Stephanie Stuckey Bennfield it became clear that the thing to do was to keep the momentum up, stay on the offensive on the issue. Senator Orrock re-worded the resolution, focusing solely on the privacy issue, advocating for a statewide standardized opt out system, and we wanted to get it assigned to the more reasonable education committee where it belonged in the first place. A few weeks ago the Bill was introduced in the House and Senate by Senator Orrock and Representative Bennfield.
Here's a copy of the Bill:
http://www.legis.ga.gov/legis/2009_10/search/sb528.htm

Well yesterday at 4pm I was informed that the Education Committee was going to have a hearing on the Bill at 8:30am! My initial thought was, We're not gonna be able to get anyone there....but we got to try anyway. Caitlin Barrow and I immediately started working the phone and putting out appeals for folks to call members of the Senate Education Committee in support of SB 528 and to try to come to the hearing in the morning.

We ended up getting several immediate responses from our e-mail appeal, and I know that as I type there are folks all over the state that are calling their Senators. We had one very passionate Henry county Father who wanted to testify on the matter, he sent us his typed testimony and said he planned on coming to the hearing. Here is an excerpt of Roger Mill's testimony,:
"My son attended a high school in Henry County and my daughter will attend one there in a few years. We are a private family. Our telephone number is unlisted. We do not appreciate receiving unsolicited mail. We do not distribute our email address to anyone other than those from whom we wish to hear. Basically, our family values the space that privacy provides.

We do not like a situation of having no alternative but being subjected to unsolicited promotions of things that are not important to us and that includes military recruitment. We can turn off the television and we can put your phone number on a “do not call” list, so why should it be made hard to say no to military recruiters?

Unsolicited military recruitment materials started arriving in our home. I discovered that my address and telephone number had been released to them by Henry County Schools. The school system did not send a notice home like it routinely does for every single field trip or when teaching controversial matters. It did not have a point of contact for parents to learn more. The school system did not have an opt-out form. I would eventually have to learn myself and subsequently put my request in writing and send it to the Superintendent. I did, and the solicitation eventually stopped, but the problem continues for others."

When I showed up in room 310 of the Coverdale Legislative Office Building there was already several folks who had come out to support the Bill or testify in favor of the Bill. Among those who had come to lend their vocal support was none other then Sally Sullivan, who represents the PTA of Georgia. All in all thirteen people came to the hearing as a result of our last minute ask. Not bad for that kinda notice on a raining Tuesday morning!

I noticed while I was signing up our folks to testify that the overwhelming number of folks that had sign-up to testify in regards to a purposed Bill were there to speak in favor of SB 528.

When the hearing began Senator Weber, the Committee chair, said that the hearing would be cut short and they would likely not hear from most people in the room. This was very bad news, as SB 528 was the last of several Bills on the agenda. As we suspected the meeting adjourned before SB 528 was discussed. After the session adjourned I confronted Senator Weber and he was very apologetic claiming that most of the Committee members had to make other Committee meetings. of course I questioned why the hearing was scheduled in the first place if all the agenda items weren't going to get he attention they deserved. So with our crew present I asked him to commit to us to accept the Bill into the Education Committee next legislative session and to give us a fair hearing, devoted solely to this issue, with plenty of notice. He agreed.

Here at AFSC we believe that the consequence of joining any branch of the military are just to great to allow little known recruitment policies that target minors and low income folk to prevail. Parents should play an important roll in this discourse, especially when the end result of the recruitment process could put these teenagers on a battlefield. A standardized statewide military recruitment opt out system in our school system should have been implemented years ago.

Azadeh Shahshahani of the ACLU Georgia stated, "As it stands, many parents and students in Georgia are not being adequately notified of their right to make a request that students' contact information not be released to military recruiters without prior parental consent. As such, Georgia schools might be in violation of some provisions of the Family Educational Rights and Privacy Act and the No Child Left Behind Act. We hope that by passage of this legislation next year, the Georgia legislature would address thus problem and ensure that all schools in Georgia have an adequate notification process in place."

At this point, with your support, we believe the ground work has been done to pass this bill in the next legislative session. This would be a big step for Georgia Youth. I'd like to asked you to take action now by doing one of two things:

1. Make a tax deductible contribution to AFSC Atlanta! There is no doubt that we will likely need to bring on someone to take on the role that Caitlin has this year. Tracking and working around these Bills takes a lot of staff time and I'm just stretched to thin to take it on by my self. Your contribution would go towards the hiring of a temporary legislative staff person. Make sure checks are made out to AFSC and sent to:
Tim Franzen
American Friends Service Committee
189a sams st
Decatur, Ga
30030
mark, "Legislative Action" in the subject line.