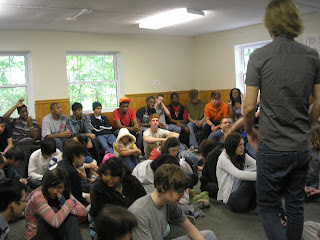 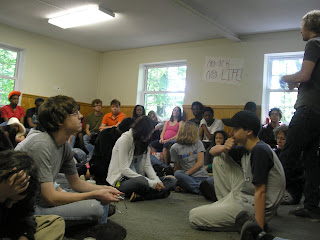 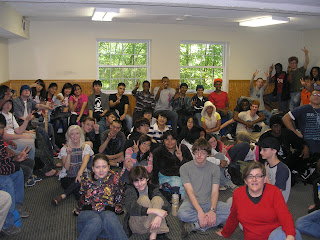 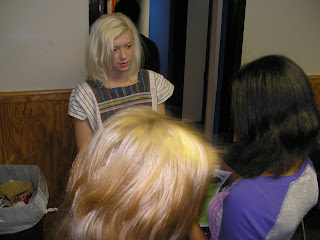 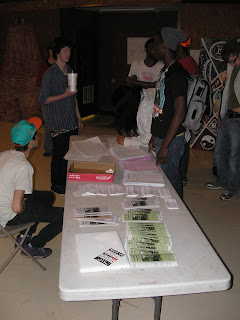 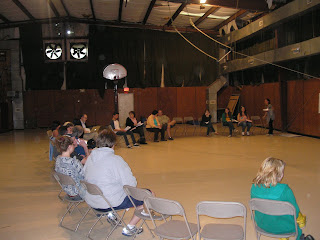 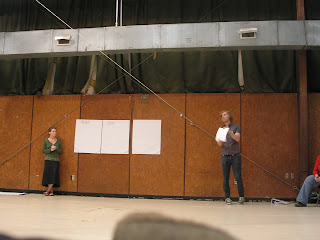 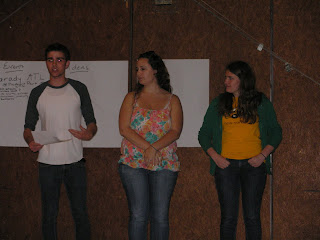 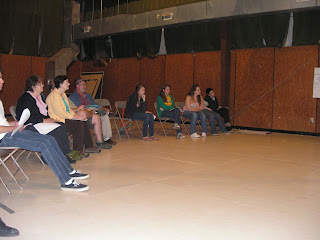 For those of you who haven't heard of them, the Westboro Baptist Church(WBC) consists mainly of Fred Phelp's(the churches minister) descendants. The Church gained notoriety in the early 90's when they began to picket the funerals of AIDS victims with signs that said, "GOD HATES FAGS" and, "THANK GAD FOR AIDS". Since then it seems the Church is always looking for new ways to warn folks, outside their own family, that we are all hated by God and definitely going to hell.

In the last few years they have picketed other Churches, the funerals of fallen Iraq/Afghanistan soldiers, and Jewish cultural events. Their main theme appears to be that America's acceptance of homosexuality is the root of all the evils in the world. In countless interview members of the Phelps family admit that they believe that members of the Westboro Baptist Church are the only ones in the world going to heaven, everyone else goes to hell.

Late last week AFSC became aware that the WBC was coming to Atlanta to picket various locations over the course of two days. We may have decided to simply ignore the news except for one troubling new development we noticed. This time they were picketing High Schools. Everyone in the office agreed that we had to at least warn schools and look into ways to support student organizers that were perhaps already preparing for the WBC picket.

We decided to hold a city wide meeting for youth and youth allies to explore the city wide reaction to the WBC pickets. The meeting was to be held at the Horizon School gym. Faculty at the school requested that AFSC come the morning before the city wide meeting and talk with their high school class about effective was to confront hate and intolerance in their community. We decided to show the school the short BBC documentary, "The Most Hated Family in America" which chronicled the Phelps familiy and other WBC members. After the film we processed students feelings about the film and facilitated a thirty minute discussion about how to affectively confront hate without giving into it yourself.

That evening we greeted over 50 participants from all over the city that had come to discuss their feeling about the WBC's visit and create a strategy to counter their presence. The overwhelming sentiment in the room was that folks wanted to find ways to spin the WBC's hateful message into something that could be positive. How could we use the WBC's visit to raise money for the very groups that they hate? How can we use their visit to cultivate new progressive youth groups that would continue to be active long after the WBC left? These questions and more we explored during the meeting.

Everyone was especially impressed with the student lead organizing work that had gone into the Grady high school counter demonstration. Several Gardy students stood up and gave a report on how they planned to respond to the WBC picketing their school. They basically decided to have a big love fest on the other side of their campus while the WBC held their signs for no one to see. Grady students decided to use the opportunity to launch a new student lead organization call, "Acceptance, Tolerance, Love", or "ATL". At their event, which will take place May 6th from 3:15-4:15 they will be raising money for AID Atlanta and the Rainbow house. Free hugs will be given and, along with good vibes.

So as a group we decided to hold similar expressions of love and tolerance in front of other high schools, and venues that the WBC plans to target next week. Students at the Horizon School plan to be a part of our caravan. The final finale for the to day WBC caravan will be at Grady. We invite you all to join us!

Link to the BBC documentary:
http://topdocumentaryfilms.com/the-most-hated-family-in-america/