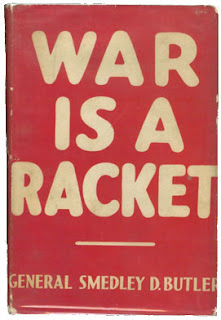 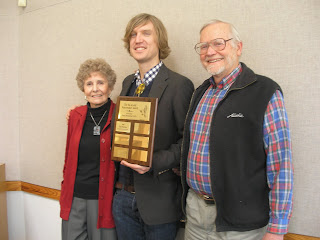 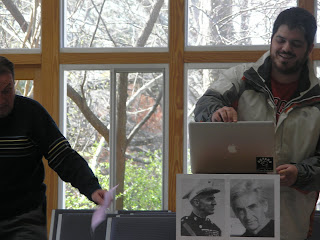 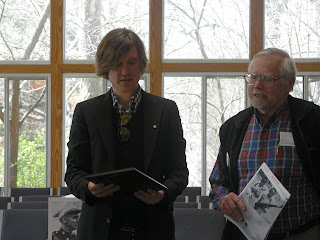 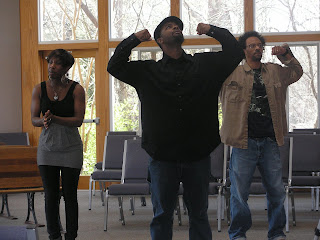 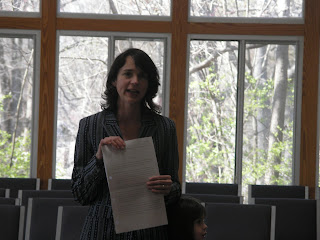 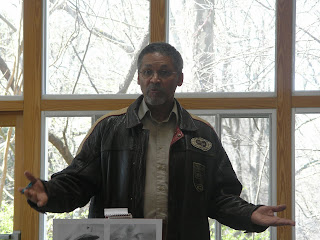 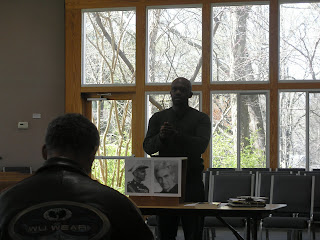 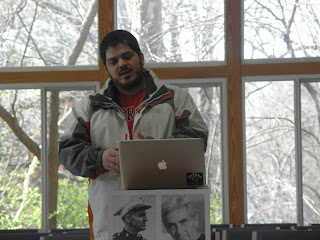 This Past Saturday, March 27th, Veterans for Truth(Who's headquarters are provided by AFSC) hosted a workshop entitled, "The War Racket". The title is of course inspired by the WWI two star general who came out against the military, admitting that it was a big profit scheme.
Veteran's for Truth(VTF) had a number of presenters that covered a variety of topics. Bruce Dixon from the Black Agenda Report talked about the militarization of the Chicago School system, Ingemar Smith, a veteran and DJ AT WRFG spoke about racism and misogyny in the military, and former Marine Corps recruiter Chris Raissi answered questions about the realities of military recruitment in Georgia. Other speakers included Gloria Tatum( Atlanta Grandmothers for Peace), Stephanie Stuckey Benifield( Georgia Representative), Hugh Esco(Georgia Green Party), and John Zientowski( Student Career Alternatives Program).
The crowd was also treated to a wonderful performance by the spoken word collective, "Guilty Penmanship" who put pieces together that highlighted the injustice of the military industrial complex.
The Unitarian Universalist Congregation of Atlanta's Peace Network was also on hand to present the first Annual "Ed Arnold Peacemaker Award" to your truly, what an honor! Ed was a great man who I had only met a few times back in 2003, 2004 before he passed away. He left behind a mighty legacy of peace and justice work in the southeast. I can't tell you how honored I was to receive the award. I only hope I can life up to Ed's example.
Posted by Atlanta Economic Justice Program/AFSC at 7:53 PM