School of The Americas Watch 2009 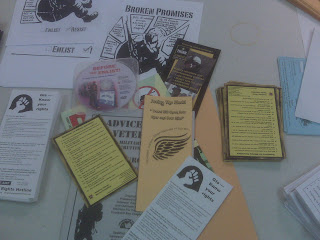 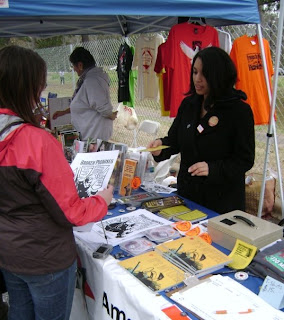 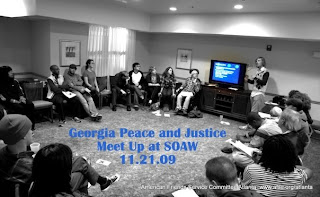 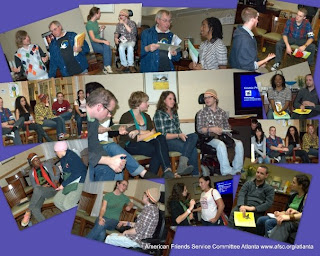 This year AFSC/Atlanta worked with the Progressive Student Alliance of Georgia State University to organize and subsidize transportation for 40 students and youth from every corner of Georgia to attend the School of the Americus (www.soaw.org).
AFSC outreached to college campuses around the state, held fundraisers, and School of the Americas Watch educational events leading up to this year’s landmark vigil at the gates of Fort Benning.
AFSC/Atlanta also facilitated a workshop that was an official part of this year’s SOAW program entitled, “How to take back you school from the military.” Each attendee received an organizing packet that included a step by step guide on how to build a counter recruitment movement on their campus. Over sixty people attended. Attendees hailed from campuses and communities all over the country.
We also participated in the Georgia Activist meet-up Saturday night along with many other Georgia based organizations. The one thing everyone noted at the meet-up was that the average age of folks at this year’s meet-up, which happens every year during SOAW, was dramatically lower.
We also tabled all weekend at the gates of Fort Benning. AFSC volunteers and Interns took turns staffing the table, educating folks about our counter recruitment efforts, passing out information about the “One Minute for Peace” campaign, and selling our fair trade Palestinian olive oil.
We all got to hear John Meyer from AFSC announce from the stage that AFSC had nominated Father Roy Bourgeois, founder of SOAW, for the Nobel Peace Prize. Many in the crowd didn’t know that AFSC was a former recipient of the award. It was an exciting weekend for AFSC/Atlanta!