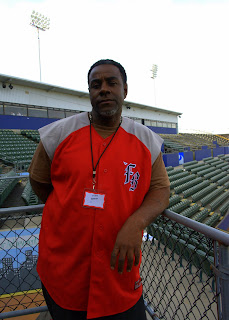 Salomon spent more than one year in the Army between 1988 and 1991.
He remembers the contentment he felt the day he was discharged, but he did not foresee the arduous times he was about to confront.
"Coming back home was not easy," he said. He had to confront what he describes as "a very stressful situation"
Addictions came as an easy way to cope with all the stress.
As a consequence, he endured a separation from his spouse and afterwards lost contact with his brother.
Bridges became unemployed and subsequently homeless.
With a hopeful attitude he looks forward to medical and psychological assistance.
He suffers from PTSD and personality disorder in addition to his injured leg.
He does emphasize the fact that he is in a better position now and is eager to help others who have found themselves in this situation. However, he consciously acknowledges that he must help himself first in order to do so.