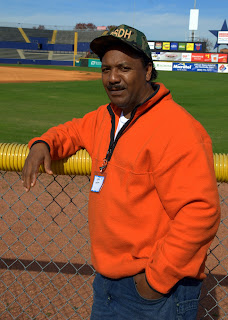 Mark served in the Army from 1985-1993. Mark joined to get college funds and job skills training. While in the Army Mark felt that he was not treated fairly, expressing that life seemed easier for white enlistees.
Mark is a Desert Storm combat veteran, so he’s no stranger to the human cost of war stating, “I can never explain what it was like, burning humans, body parts, and death.”
After an honorable discharge Mark got a degree from the University of Maryland and got a great job. Mark fell on hard times after losing thousands of dollars due to identity theft.
Mark is no fighting the VA in a effort to receive the combat pay he never received stating, “I would not be homeless if I had gotten the combat pay I was promised”.
Mark used the weekend to meet with VA officials to change his credentials, get legal advice, and find some peace and comfort in a safe environment.