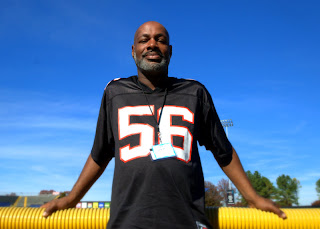 David served the US MC from 1974-1976.
When he was 17 1/2 years old and without high school diploma he was deployed front line.
He remembers noticing how scared the other 17 year olds were.
While in the service he witnessed fellow soldiers take their own lives.
Upon returning, he earned a two year degree from a culinary school in Washington DC
However, the war took a toll and he is still struggling with PTSD and depression.
He hopes to find a better way to make a living along with psychiatric medication and the needed therapy.
He would like to meet other veterans and share his experiences. David also has a passion for music and sound mixing. David is in pursuit of a career in the music industry.