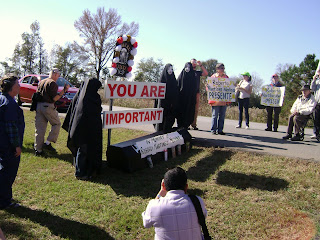 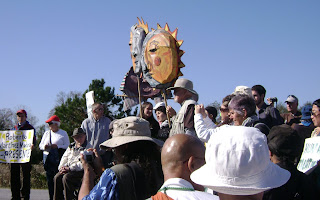 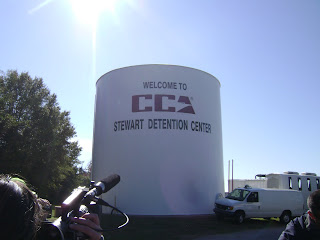 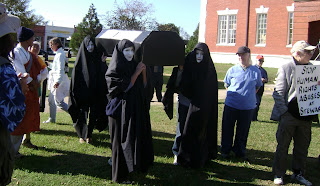 The plight of immigrants in the United States is an issue too often disregarded by the mainstream.
March 11, 2009 marks an important moment in the history of immigrants' rights. This is the date of the death of Roberto Martinez Medina. He was a man who had committed no crime, other than living and working in the United States without proper documentation. He died while under the custody of Immigration and Customs Enforcement (ICE) and while being detained at the Stewart Detention Center, owned an operated by the Corrections Corporation of America (CCA).
This is a detention facility in Lumpkin, GA, a rural town in one of Georgia's poorest counties. Proper medical facilities are located in Columbus, an hour-long drive away. This can pose a challenge when the need arises to provide detainees with proper medical attention. Mr. Medina's cause of death was a heart infection, which is an ailment that with proper medical attention does not have to be fatal. The ultimate cause of death of Mr. Medina may be attributable to neglect.
On Friday, November 20, 2009, protesters gathered in the small town square of Lumpkin, GA, in front of city hall for a mock funerary procession and vigil in memory of Roberto Martinez Medina. Close to 100 people from throughout North America marched together from the town square to Stewart Detention Center, where Mr. Medina had been detained.
It was a solemn procession. Members of the Lumpkin community observed silently from their porch decks and their cars. They had likely never seen anything similar, as the procession contained several large, tall puppetistas.
The media was present and a young woman named Pam Torres gave her account of her experience as part of an immigrant family. Her father had been living in the United States for about 20 years, yet he lacked the proper documentation to live in the United States legally. Unfortunately, one day he was caught by ICE and was sent to a detention facility in Louisiana before being sent back to his home country of Honduras.
The mistreatment is immigrants is an atrocity we should all be aware of, and we must acknowledge that the status quo is anything but acceptable.