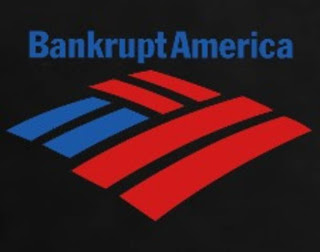 WHO: Occupy Atlanta, Occupy Our Homes, Atlanta JwJ, Rainbow PUSH, and others
WHAT: Protest to Demand that BoA Makes Pamela Flores's Mortgage WORK
WHEN: Friday, April 20th, from 4-6pm
WHERE: Meet at West End Marta Station @ 4pm; March to BoA branch across the street (711 Lee St) at 4:30pm

Bank of America is at it again! This "too crooked to fail" megabank--notorious for racial profiling, sub-prime lending, robo-signing, and ripping off everyone from investors and insurers to homeowners and the unemployed--is after Vine City resident Pamela Flores's home.

BoA is attempting to foreclose on Pamela, claiming that she missed payments during the trial period of a loan modification she received through the "Making Home Affordable" program. The thing is, Pamela Flores never missed a payment, in fact she was never even late, and has all the records to prove it. Instead of investigating her case and admitting their error, the bank is moving forward with plans to auction off her home on the steps of the Fulton County Courthouse next month. But Pamela has no plans to just pack up and leave. She is fighting back, and Occupy Atlanta along with Occupy Our Homes plan to stand with her every step of the way.

On Friday, April 20th, we'll pay the bank a visit in another neighborhood that has been dramatically affected by the housing Crisis --Atlanta's West End. We will demand that Bank of America keep Pamela Flores. and the thousands of others just like her, in their homes. If BoA can't make Pamela's mortgage work, they should expect that we'll be moving in!


Please meet at the West End Marta Station @ 4PM, Friday, with a few home goods in tow (house plant, vase, moving box, etc). We'll march over to the West End BoA branch (just across the street) to rally and demonstrate that if BoA goes through with the foreclosure, Occupy Atlanta won't hesitate to "keep house" in any and every branch in the city.


{more on the crimes committed by BoA nationally}
Posted by Atlanta Economic Justice Program/AFSC at 4:49 PM