Atlanta's 99% Spring Offensive In The Works! 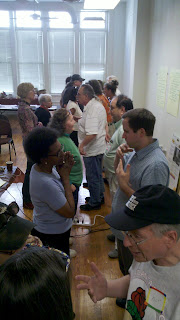 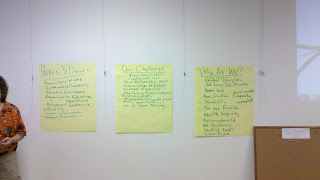 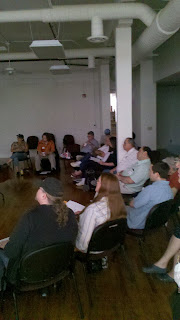 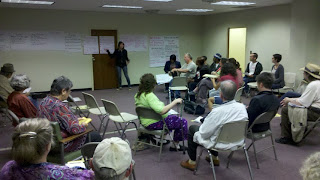 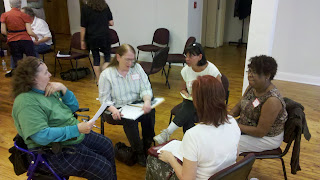 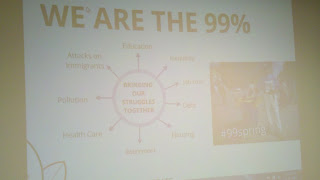 April 9-15th, all over the country, people from all walks of life came together in homes, offices, Churches, communitiy centers, and union halls to participate in direct action trainings designed develop bold, creative, nonviolent direct actions against the institutions of richest one percent that have continued to perpetuate the crisis of economic priority that continues to grant priviledge to those that need it least at the expense of those that nned it the most.

In Atlanta we had hundreds come out to trainings spread all over the metro area. Some trainings were small, others large, all dynamic. I noticed that many of those who showed up expressed having followed the Occupy Atlanta movement, several had given donations online, or watched protests via livestream, but had never crossed the bridge into active, on the street, participation. For many, come to the 99% spring training was their first step into activism, and that's a big deal.

Yesterday those that attended trainings were invited to a meeting designed to create space to talk about recent legislative win against anti-free speech bill SB469, and to coordinate a 99% Spring offensive. The already planned events, when put together, make a pretty ambitious list. It should be noted that there are still several spring offensive actions that are still in the planning process, but here's a link to the spring offensive calender so far: http://atlanta.indymedia.org/calendar

More about the aims of the 99% spring and the various national groups sponsoring it:

We're at a crossroads as a country. Millions have lost their jobs; homes have been foreclosed on; and an unconscionable number of children live in poverty. We have to stand up to the people who caused this and confront the rampant greed and deliberate manipulation of our democracy and our economy by a tiny minority in the 1%.

We have a long history of everyday people shaping the direction of our country by standing up for their own dignity and community. Rosa Parks refused to sit in the back of a bus in Alabama and sparked the Montgomery Bus Boycott. Workers in Flint, Michigan, occupied their plant to form a union. Women took to the streets and held hunger strikes to demand the right to vote.

Inspired by Occupy Wall Street and the recent fight for workers in Madison, Wisconsin, the 99% will rise up this spring. We’ll start by training 100,000 people in April to take direct action on our own campaigns to win change.

We win change with people power. We will dramatically increase our people power when we train a massive number of people to join in sustained, non-violent action to reclaim our country.