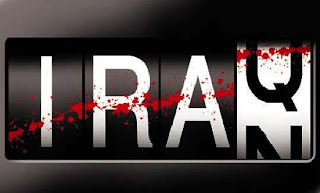 The following is the letter the NLG sent to Secretary of State Hillary Clinton:


On behalf of the National Lawyers Guild, we urge you to cease your increasingly aggressive rhetoric aimed at provoking war with Iran.[1] We remind you that any acts of aggression threaten the well-being of the people of Iran and the United States and violate international law, including Article 4, paragraph 2 of the UN Charter. We call on you to engage in good faith diplomacy concerning the Iranian nuclear program.


Further, you are obligated not to merely disavow United States involvement in acts of terror, but to publicly condemn such acts regardless of who the perpetrator might be. In particular, we refer to the recent assassination of Iranian nuclear scientist Mostafa Ahmadi-Roshan, widely believed to have been carried out by Israeli intelligence operatives.[2] As the largest recipient of U.S. foreign aid, Israel must not be allowed to engage in such blatantly illegal actions. Such acts of terror serve only to strengthen the Iranian government’s resolve and ability to repress internal opposition, while sabotaging Iranian activists’ fight for human and political rights for their people.


Finally, we call on you to lift the economic sanctions against Iran. The U.S. government should also end its campaign to pressure other countries into imposing sanctions.[3] These measures hurt the Iranian people more than the regime and only serve to heighten tension.


It is time for the U.S. government to cease its aggressive tactics against Iran. Threats of hostilities, sanctions, assassinations, and other acts of terror are inflicting tremendous suffering on the Iranian people while providing the Islamic Republic with a ready mechanism to shift the blame for a worsening economy. These actions create an atmosphere where genuine diplomacy calculated to peacefully resolve differences becomes impossible, and inevitably result in greater suffering for the people of both Iran and the United States. Instead, the U.S. must engage in serious attempts at diplomacy with Iran.


[1] In recent communications with the Iranian government, the Obama administration has threatened to take military action if Iran closes the Strait of Hormuz. (http://www.nytimes.com/2012/01/13/world/middleeast/us-warns-top-iran-leader-not-to-shut-strait-of-hormuz.html?hp). The U.S. ambassador to Israel has also stated that “all options are on the table” with regard to stopping Iran from developing its nuclear program. (http://www.time.com/time/world/article/0,8599,2104372,00.html).


[3] The U.S. has also taken increasingly aggressive steps to pressure European and Asian countries to cut ties with Iran in an attempt to “choke off” the nation’s oil exports. (http://www.nytimes.com/2012/01/13/world/asia/asia-buyers-of-iran-crude-get-assurances-of-alternate-supply.html?hpw, http://thehill.com/blogs/defcon-hill/policy-and-strategy/205875-obama-applauds-eu-sanctions-on-iran, http://www.reuters.com/article/2012/01/21/us-usa-iran-sanctions-idUSTRE80K03C20120121). The U.S. has also stepped up its efforts to sanction companies that do business with Iran. A major goal is to shut down Iran’s central bank, according to a senior administration official. (http://www.reuters.com/article/2012/01/23/us-nuclear-iran-usa-bank-idUSTRE80M1S820120123, http://www.state.gov/r/pa/prs/ps/2012/01/180552.htm).
Posted by Atlanta Economic Justice Program/AFSC at 5:36 PM