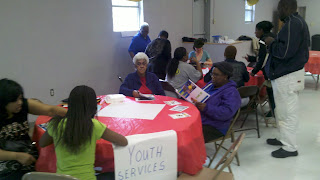 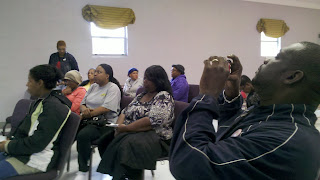 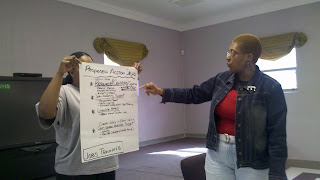 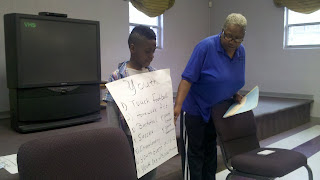 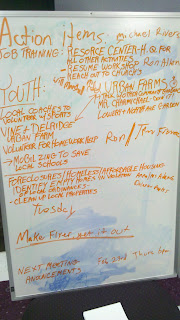 When Occupy Atlanta decided to fight along side Higher Ground Empowerment Center, other motives were made clear upfront. Vine City is one of Atlanta's most under served communities, parts of it resemble post Katrina New Orleans. The hope was that saving the Church would build momentum for general Vine City improvement.

This past weekend a third community meeting was hosted at Higher Ground Empowerment Center. The focus of the meeting was to create action items around issues that members of the community identified as priorities for not only Vine City, but English Avenue as well.


After greetings and introductions we broke off into four different brainstorming sessions. Issues addressed included, homelessness, foreclosures, youth services, jobs, and urban farming. Each break out session had a note taker and a spokesperson who's task it was to report back to the group.

Action items were developed after the report back, and each action item was assigned to someone in the room. The energy in the room was great, and it's exciting to see folks from Vine City and English Avenue identifying the changes they want to see and articulating the steps that need to take place in order to implement those changes.

American Friends Service Committee hope to facilitate youth services in Vine City that would be open to English Avenue youth as well. Our goal is to start an SAT tutoring program once a week, start a weekly Be The Change Curriculum, and build towards monthly youth organized events in Vine City.