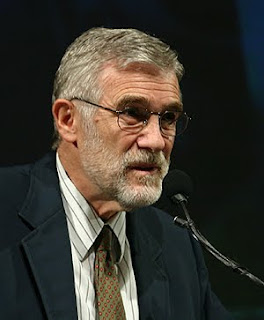 President Barack Obama’s nomination of Gen. David Petraeus to be CIA director raises troubling questions for anyone familiar with the need for tell-it-like-it-is intelligence analysis.

Sadly, the selection of Petraeus suggests that the president places little value on getting the objective analysis that was originally the CIA’s raison d’etre — the kind that could (and often did) challenge more narrowly focused views of the Pentagon. What could Obama have been thinking in giving the top CIA job to the general with the most incentive to gild the lily regarding “progress” made under his command?

Will Petraeus look kindly on discordant views regarding the wisdom and likely outcome of those wars? What is likely to happen to the careers of those CIA analysts who long since concluded that the troop “surges” pushed so publicly by Petraeus will merely squander the lives of American troops (not to mention billions of taxpayer dollars) and, ironically, make our country more vulnerable to attack from terrorists?

Petraeus already has a record of looking skeptically at CIA analysts. That is why he relegated them to straphanger status during the decision-making process in late 2009 on what to do about Afghanistan.

When Obama expressed doubts about the value of a major escalation in Afghanistan, Petraeus assured him that the sending of 33,000 additional troops would work. It won’t.

Before Obama acceded to the wishes of Petraeus and fellow generals in late 2009, CIA analysts weren’t even assigned to do the kind of National Intelligence Estimate, or NIE, which has almost always been de rigueur before key presidential decisions like a large-scale escalation of war.

To his credit, retired Air Force Lt. Gen. James Clapper, who became director of National Intelligence in August 2010, bucked that tide. He insisted that two NIEs be prepared last fall — one on Afghanistan and one on Pakistan.

The estimate on Afghanistan concluded that the U.S. could not prevail without a firm decision by Pakistan to prevent Taliban fighters from crossing the border into Afghanistan. The one on Pakistan said there was little chance that the Pakistanis would do this.

The sobering conclusions of those NIEs were supported by a treasure trove of 92,000 documents written mostly by U.S. forces in Afghanistan from 2004 to 2009 and released by WikiLeaks on July 25, 2010.

This more granular reporting from WikiLeaks laid bare the futility of the U.S.-led war in Afghanistan — particularly the forlorn hope that the Pakistanis will “change their strategic outlook” and help pull U.S. chestnuts out of the Afghan fire.

The most explosive revelations provided embarrassing detail on the double game being played by the Pakistani Directorate for Inter-Service Intelligence, or ISI. The German magazine Der Spiegel put it this way: “The documents clearly show that this Pakistani intelligence agency is the most important accomplice the Taliban has outside of Afghanistan.”

No one disputes the authenticity of the U.S. reports released via WikiLeaks. But there is zero indication that their publication, just eight months after Obama’s fateful decision in late 2009, might have spurred a reassessment.

With U.S. Special Forces kicking down Afghan doors at night, drones terrorizing alleged “militants,” and whole villages destroyed in order to “save” them from the Taliban, Petraeus’ approach is a truly strange way to go about winning hearts and minds. By naming him head of the CIA, Obama has made it immeasurably more difficult to change course.

Ray McGovern, a CIA analyst for 27 years, works with Tell the Word, a publishing arm of the ecumenical Church of the Saviour in Washington. Mr. McGovern recently spent several days in Atlanta speaking at a number of events organized by the Georgia Peace and Justice Coalition.