Where Is The Love Georgia? 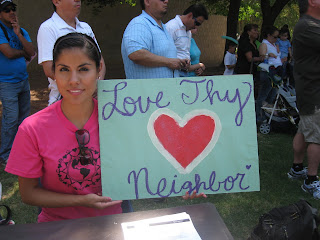 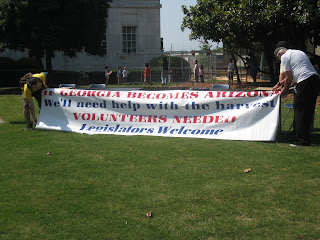 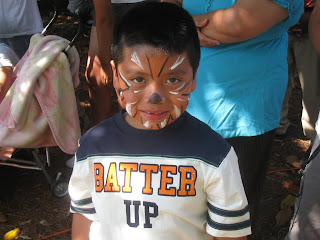 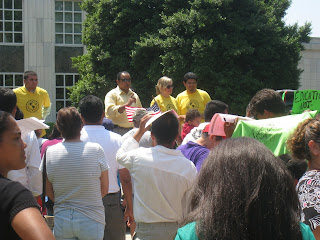 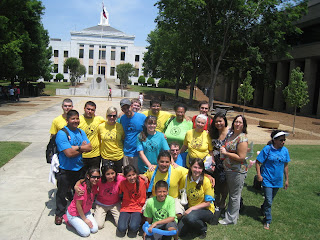 The American Friends Service Committee was one of several organizations that co-sponsored the “Love Your Neighbor Rally” located in Gainesville, GA, an event where several families, community leaders, and allies gathered to voice their opposition to HB 87, recently signed into law by Governor Deal.

RJ Hadley and State Representative Pedro Marin (D) were among the people who spoke to the crowd that Saturday. RJ Hadley, stating that HB 87 is a “Republican mess” and that HB 87 was “their” legislation. He announced that this was the time had come for action, to remove the people who had gotten them to this point, and encouraged people with access to citizenship to register to vote. He warned us that Republicans were redrawing the political line and were doing this secretly. Pedro Marin also charged the group to “keep watch” on HB 87, not to be afraid to stand tall and to talk with their neighbors and get people to register to vote, saying, “Atlanta will pay attention when we have that voting power.”

Maria Duarte from the Georgia Association of Latino Elected Officials (GALEO) announced that HB 87 goes into effect July 1 and promised the crowd that the legislation will fail. Maria stated there were 8 million people eligible to become citizens; she requested these people gain citizenship and for all citizens to register to vote. Maria stressed that it was important not to be guided by myths and rumors, and to “focus on the resources we have and not on what we don’t have.” An immigration lawyer based in Gainesville denounced HB 87, stating it was immoral and unconstitutional, and informed the crowd of their rights (including the right to remain silent). He then assured them that the majority of HB 87 will be blocked.

The rally had a mostly day festival feeling with prayer and songs, face painting, water and sandwiches for folks who wanted them, Mexican ice cream, and a clown making balloons for the children. The crowd that day was little over 300 people; there were tables set up for people to register to vote and plenty of shade where most folks were able to stay cool.

The Gainesville rally was occurring at the same time as a local auto show, but aside from getting to see some swanky cars driving down the street, the other event did not prevent several hundred people from attending the rally.