May Day In Atlanta 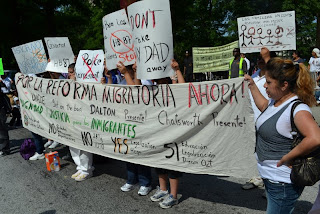 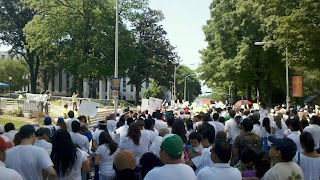 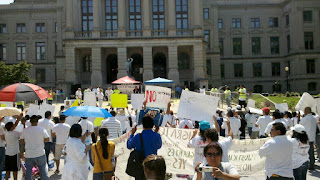 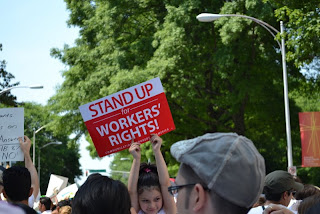 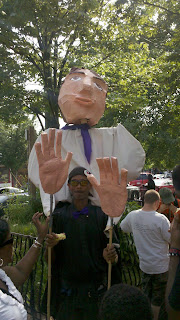 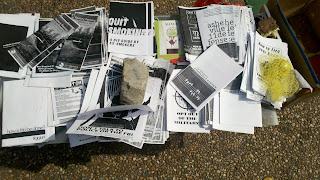 Most Americans don't realize that May Day has its origins here in this country and is as "American" as baseball and apple pie, and stemmed from the pre-Christian holiday of Beltane, a celebration of rebirth and fertility. In the late nineteenth century, the working class was in constant struggle to gain the 8-hour work day. Working conditions were severe and it was quite common to work 10 to 16 hour days in unsafe conditions. Death and injury were commonplace.

For many May day is a celebration, a commemoration, and a call to struggle.
A celebration of the workers rights that have been won in struggle over the last 100 years, a commemoration of the blood, sweat, and tears shed by countless organizers in the efforts that gave us the 40 hour work week and the eight hour work day among other things, and a call to continue to struggle for a more just economic system. A system where workers have a real stake in their work, a system that will no longer tolerate massive profits made on the backs of poorly paid workers, a system to holds up human need rather than corporate greed.

In Atlanta AFSC was proud to support the Georgia Latino Alliance on Human Rights(GLAHR) effort to bring workers together at the Georgia capitol on May Day. The message was simple, House Bill 87 is not only racist by design, it's bad for Georgia workers. Over 1000 people came out to support migrant workers in Georgia and to voice opposition to HB 87, which Governor Deal has yet to sign.

There was also a group of thirty of so folks that marched from freedom park to little 5 points later in the day. Once in little 5 points they set up free infoshop and gave flyers out to folks.