Be The Change Tour: Day One Dalton 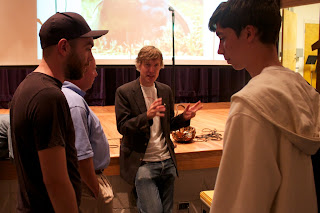 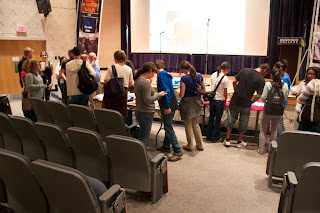 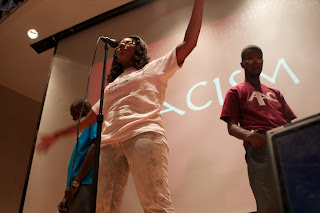 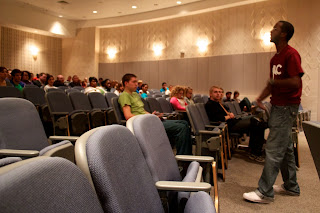 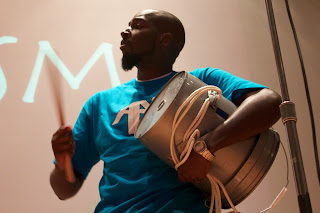 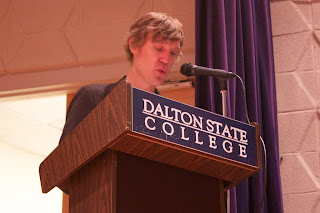 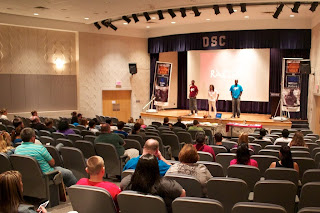 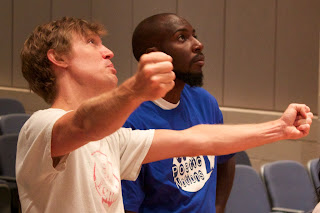 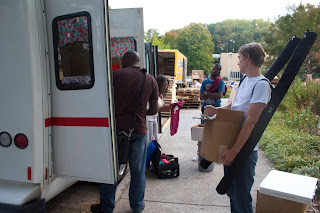 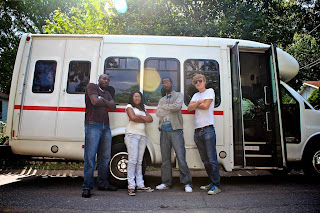 So day one! We all met at my place to load in our shuttle bus, which we've been lovingly calling RosaII, and hit the road to Dalton

When we were putting together Be The Change Tour we wanted to go out of our way to reach out to rural schools that often get passed over by other tours. Dalton State has about 6,000 students and only 15 active student groups and many of those groups are not very active or engaged in any sort of community service. I've honestly never seen a school that is more difficult to organize on. Most of the students are working one of two jobs, it's the most economically depressed city in the state, close to 30% of students who enroll don't complete, and on top of that there is a extremely rigid bureaucratic procedure for student groups to post do anything.

That being said we were amazed that the rather small group, Students United for Peace, was able to secure an auditorium and pack over 100 people in to see the tour! Our hats are off the SUP! AAC really brought it, they honestly exceeded my expectations and I'm sure each stop will inspire a slightly different performance. Many in the audience we there for the extra credit points offered for attendance with is both exciting and risky.
Exciting because it's a chance to create dialogue with new faces, to really plant a seed.
Risky because if you don't reach folks or turn them off it could your stuck with a totally unresponsive crowd.
The crowd was reponsive, and he talk back session went very well. Students were able to identify a number of issue that need to be addressed in the community including climate change, bicycle lanes, extreme poverty, and immigration reform.
AAC's performance is impossible to ignore, no one has the option to disengage. If the tour is anywhere near you this week, go! If you're been feeling burnt out of disempowered lately you must make it a priority to come! If you have a friend that's expressed a desire to create change in the community but never does anything, grab their arm and drag then to one of the tour stops this week!

So Dalton was an amazing experience for all of us. Thank you again Students United for Peace, thank you Dr Kenneth Ellinger for providing so much support for students motivated to organize and buying us dinner!!

Oh, and check this video I shot of a the president of SUP Eldon Baines literally being the change