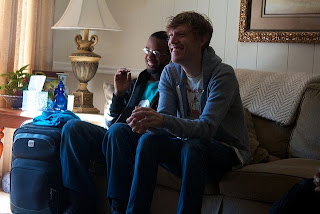 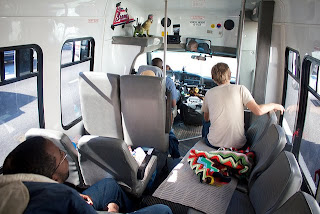 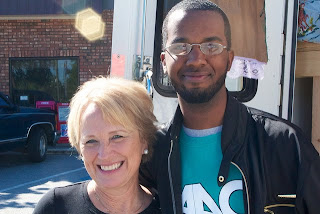 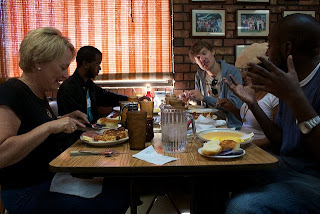 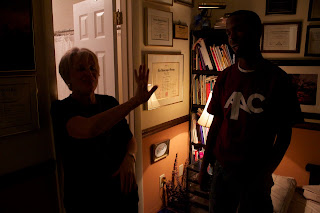 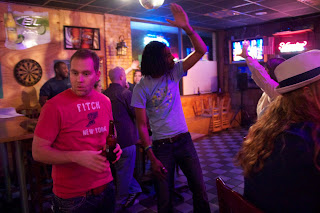 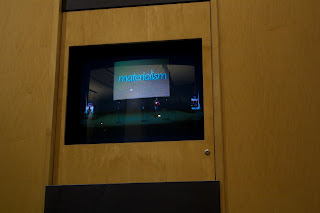 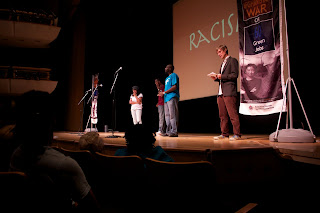 We showed up in the boro just in time to set up. We were booked in the best venue in Statesboro, it was a HUGE beautiful stage and auditorium. The turnout was small in relativity of the capacity of the space, which was close to 1000, but it was the right crowd. We had a group of organic farmers who use their farm as a way to start discussions about economic injustice, a teaching major who plans to get 600 signatures in defense of public education in the next month, several librarians(we love librarians), and several community organizers.

I was especially impressed with how the group dealt with several tough questions and assertions regarding race from other audience members.

AAC was of course a huge hit, as always. I know that everyone has their favorite moments but I was really moved by Paul's Mic Stand Revolution, Mikes T.V. box, and Tameka's reintroduce myself.

After the performance we, along with several of the attendees were treated to dinner and hospitality by Dr. Rosemarie Stallworth.

Jeremy Foreman (Statesboro's organizer of a 1000 hats) and Emma Marie Tracy(Statesboro's kid genius) roped several of us into going out to some karaoke night in he boro. There was a bonfire outside, and country covers of MIA's paper planes, surreal for sure.

After not getting enough sleep we got up and where treated to breakfast by Rosemarie at the famed Snooky's. The restaurant is definitely a throwback, way back. I must say the service was amazing, everything you would imagine in a folksy southern breakfast joint in the 1970's.

Then it was back to the road!
Thanks Statesboro! Can't wait to come back!