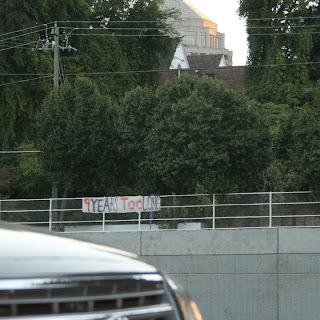 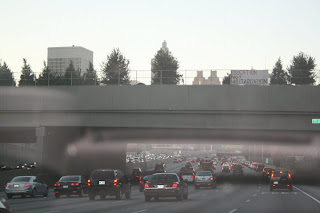 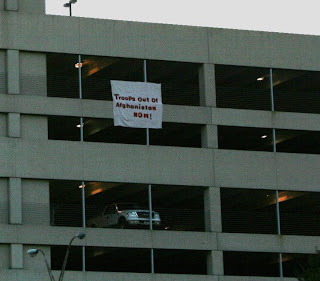 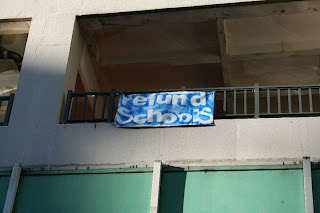 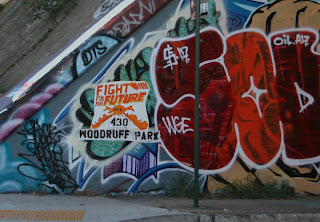 Today, on the 9th anniversary of the US invasion of Afghanistan, we began to receive reports of banners carrying messages of resistance against the seemingly endless war and occupation being dropping in prominent spots around the city. Many of the banners where made during a series of art parties that we hosted to help promote a day to defend public education in Georgia.

While the AFSC does not encourage the illegal dropping of banners we also do not condemn it. The eyeways belong to all of us, not just those that can afford it. It seems a group of folks felt that we can no longer afford the human and economic cost of war and occupation, so much so that they took the time and risk to put their message to the Atlanta eyeways. Other banners reported but not pictured said, "Cut War Not Schools", and, "Defund War, Refund Schools"