Be The Change Tour Day 5: Atlanta 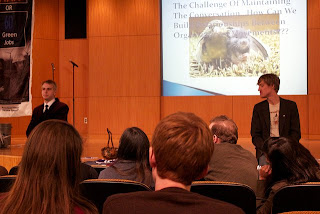 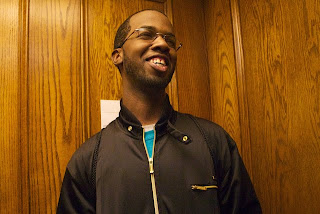 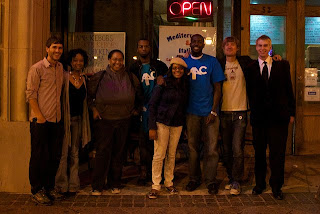 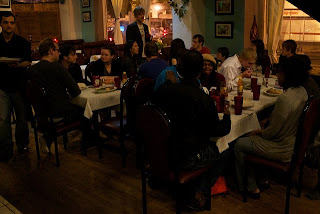 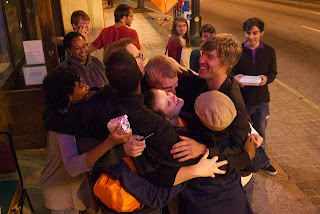 So every good thing must come to an end, and I must say that although I was pretty tired rolling into Atlanta, I was also pretty sad that the tour was coming to an end.

I do want to take one more opportunity to speak to how moved I was to get to see AAC perform over and over again. Each poet on the tour poured so much heart, talent, and emotion into their performances. I'm sure everyone has their personal favorite piece to the performance. I really thought Tameka Dean was all sunshine during her, "Reintroduction" piece, Paul Grigsby was heartachingly heartful during his, "Mic Stand Revolution", and Mike Scott knocked the crowd out everyday with, "TV Box".

Anyway, back to our last stop, Atlanta. Thatnks to Dawn Gibson we ended up at the speakers auditorium in the student center at GSU. Awesome space!

Turnout was good with members of campus groups including, Progressive Student Alliance, MESPA, Amnesty International at GSU, Georgia Students for Public Higher Education, CaribSA, and community groups including Cop Watch, Food Not Bombs, the International Action Center, and many others also came out.

The discussion after the performances was lively and insightful, students and community members took turns pointing out the connectings between various systems of oppression and economic exploitation. We then discussed several helpful models for community organizing, campaign development, and movement/issue cross pollenation.

I should mentioned that Eldon Baines, The Dalton State Student that organized our stop there and organized peers to ride up to Atlanta for the Board of Regents meeting the past Wednesday, showed up in a velvet blazer. Eldon was asked to share his experience at the board of Regent meeting to the group, I've posted some of Eldon's reflections on the meeting in below blog posts.

I was happy to see so many people from the audience networking after we ended the program.

Everyone was invited to join us for dinner, after which we all were faced with the tough job of saying goodbye:(

But no real goodbyes. Be The Change Tour was actually just a pilot. A chance to get the performance out in front of folks, and explore what the talk back session should look like. All of us on the tour felt the experiement we really well. So we'll be developing a new audio visial component to the tour, some new companion literature, changing up the talk back session, and hitting the road in a much bigger way next fall......anyone wanna help book a tour stop in you town, or on you campus???

I wanted to give a special thanks to John Reynolds, who jumped on the tour very last minute, volunteering to take pictures, record video, and just help out in general. We would have no picture, and the tour would have been much more difficult with out John, thanks dude!

Here's some footage from the GSU event: