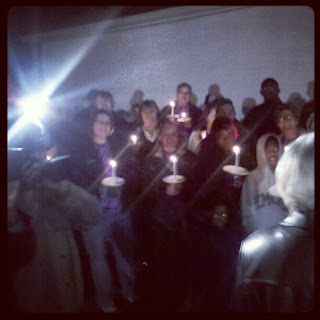 Around 100 people come out tonight to light candles, pray, and talk about the impact Parkwood Farms has had on their lives.

Though there were a lot of tears shed by children that benefit from the farm and their parents, but the feeling tonight was one of hope and conviction. Many of the children living with disabilities spoke at the vigil and several of them led chants like, "we will not be move", "save Parkwood" and "we aren't going anywhere"

That reality is that Parkwood Farms could be evicted at any moment. Why? Because the mortgage almost doubled often the Adjustable Mortgage Rate kicked in making payments for the all volunteer non-profit impossible. Dr. Peterson, who resides on the farm and runs it, has tried to negotiate with the bank for year to no avail. 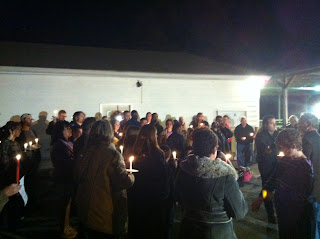 Our communities can't afford this type of disrespect. Parkwood was hit hard by the bank induced economic crash, yet they made a commitment to continue working with children whether they could pay or not because they car about their community. When far away investors and financial institutions turn our homes into ATM's this is what it looks like.

We believe our communities are stronger when the folks that live in them are the ones calling the shots,and we may be closer to the reality then we think. 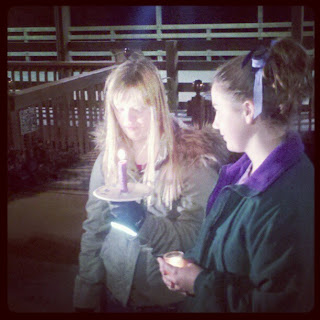 The folks at Parkwood Farms have already decided that their not leaving, the Farm is theirs, Not HSBC's, who owns the loan, or Everhomes, who services the loan. It would appear that their community feels the same way judging by the enormous support they've gotten the last few days.

So far no bank is taking responsibility for Parkwoods eviction attempt or wrongful forclosure, and for good reason; who wants to look like a monster? 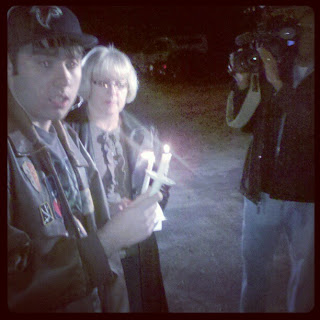 The fact is that all eviction documents have HSBC's name on them, the lawyer that pushed for eviction did so on HSBC's behalf. The servicer of the loan, Everyhome, seems to be guilty of felony fraud on multiple levels, though it's almost a guarantee that the Judge that heard Parkwoods case(Judge Mitchum) would ignore felony crimes committed by banks because that's just how he rolls.

Judges like Mitchum are actually a big part of the problem. It would appear that they would rather have countless boarded up homes in the districts they live in and get elected in, than to hold banks accountable for the mess they created, to hold then accountable to the law.


Posted by Atlanta Economic Justice Program/AFSC at 1:21 AM