US Bank: Stop the Eviction Of Cancer Patient Jaqueline Barber 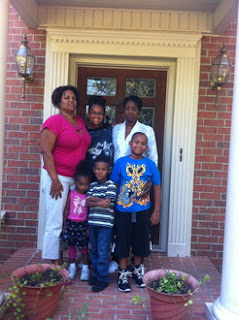 I had the opportunity to spend my Friday with Jaqueline Barber at her home with her daughter and four grandchildren. The AFSC Atlanta program will be working with Occupy Our Homes ATL and other community organizations to stop the needless eviction of Jaqueline Barber and pressure US Bank to make a deal that keeps the family in their home.

Below is a video of Jaqueline's story and a text version. I encourage everyone to share Jaqueline's petition and come out to the press conference this Monday. Links to both are below.

"I spent 20 years working as an officer and detective for the Atlanta Police Department. In 1998, I was struck by a car while on the job, causing spinal injuries that left me unable to work. Forced into early retirement, I spent the next few years recovering and welcoming new grandchildren to my ever expanding family.