A Blitz of Housing Justice Action in Atlanta! 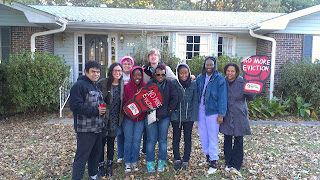 Both Jacqueline Barber and Sherrye Calhoun hosted eviction free cookouts in their yards which not only built support for their struggle against the banks, it also brought out others facing housing struggles. Both cookouts became touchstones for folks in struggle that had seen Jacqueline and Sherrye's stories and were inspired to fight the financial institutions that would have them on the street with nowhere to go. 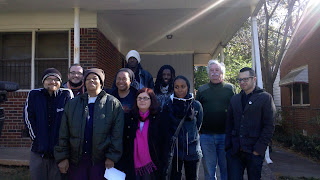 One of those people was JoSelf Freeman, who was facing an eviction today. JoSelf saw Jacqueline Barber's story on the news and was inspired to reach out. After scrambling to put together a phone/email blast to put pressure on Fannie Mae and Bank of America, putting pressure on local government, and filling his yard with home defenders this morning, JoSelf's eviction was put off for two and a half more weeks; hopefully enough time to pressure Bank of America and Fannie Mae to make a deal that keeps JoSelf in his home. 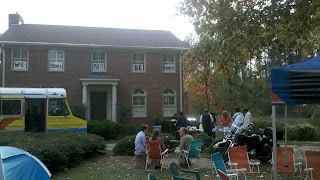 Sherrye Calhoun also had a press conference this morning to declare she would not be leaving her home despite being under threat of arrest for trespassing in the place she's called home for 30 years. 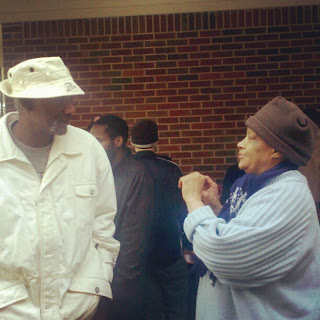 It's taken a lot of organizing work, crippling housing conditions, and a lot of courage from residents to break the code of silence and refuse to leave their homes, but there finally seems to be some real momentum toward changing the way our communities approach housing.

Everyday another resident reaches out with a willingness to stand up, speak out, and refuse to leave. It now feels within the realm of possibility that we could have the beginnings of a powerful housing justice movement. The shear math of the numbers those struggling to keep a roof over their heads versus the number of those who continue to build their fortunes on the shattered dreams of others is encouraging. Those struggling far outnumber those who profit off the housing crisis.