Historic Win For AT&T Workers In The Southeast 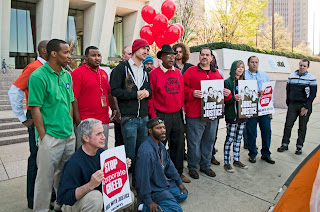 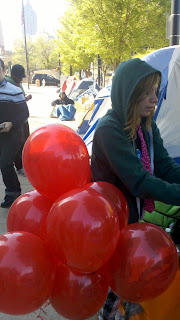 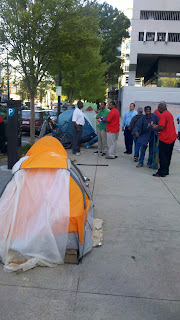 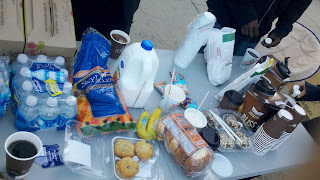 Today at 11am Occupy Atlanta, Communication Workers of America Local 3204 and Atlanta Jobs with Justice came together at the corporate offices of AT&T, 675 West Peachtree Street to celebrate a historic win for AT&T workers in the southeast. For the first time in years workers and allies stood up to mass layoffs at the hands of a corporation that year after year increases the pay of its top executives at the cost of everyone else in the company.

AT&T workers had previously received a letter from the company in December 2011 informing them that there would be 740 layoffs in the southeast. AT&T’s announced slashing of good, middle class jobs followed an email graciously thanking its employees for creating record profits for the telecommunications giant while CEO Randall Stevenson was paid out a record $27 million.

On February 13th, activists staged a sit-in at AT&T’s Atlanta corporate offices in protest to the announced layoffs, 12 people(including myself) where arrested for refusing to leave until layoffs were rescinded. The next day, hundreds of community supporters rallied outside the complex and launched a 42 day long tent occupation demanding that AT&T stop the layoffs and those scheduled to occur on March 15th.

As a result of the coalition’s work, AT&T reduced its announced layoffs by 255 from the original announced 740, and the March 15th layoff numbers were lower than any period in recent history, stopping potentially hundreds more that had been scheduled to occur. During the occupation, the company also cut its CEO Randall Stephenson’s pay by $2 million.


This victory at AT&T may be just the start. The organizers hope that the fight back will inspire workers around the country to take direct action against corporate greed and such examples of the continued economic injustice against 99%. The bold series of actions against AT&T’s layoffs and greed, put the 1% on notice- that the days when grossly profitable corporations can carelessly layoff workers and undermine the economic security of hundreds of working families, are over.

American Friends Service Committee has been excited to be a part of the campaign, and we’ve been there every step of the way. This morning we served breakfast to all the fulltime occupiers to make sure everyone was well fed as we prepared to breakdown the encampment. Later this week Communication Workers of America will host an appreciation dinner for all the hard working occupiers who made this victory possible.