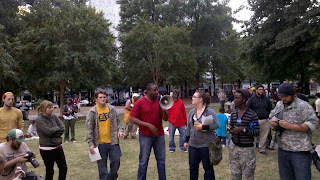 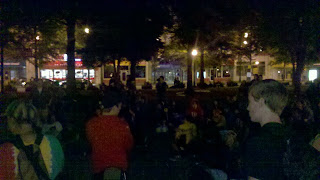 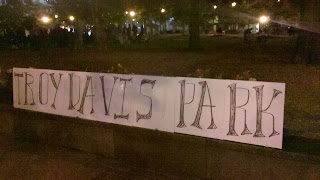 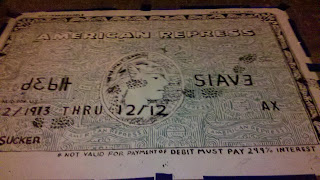 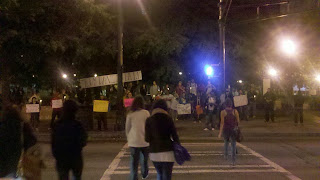 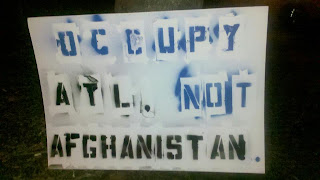 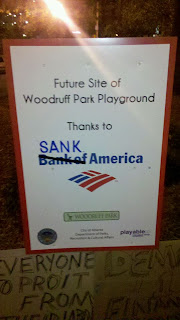 It was clear by 2pm that the occupation was growing, slowing sprouting new tents every hour. While it's clear that this new community, which has sprung up in the last 24 hours, has a lot of work ahead, there is an electric feeling in the air. Throughout the day supporters came by with food, blankets, and good will.


At the General Assembly the Occupy Atlanta decided to change the name of Woodruff Park to Troy Davis park and erected a large, "Troy Davis Park" sign. To mark Troy Davis birthday we held a candle light vigil at midnight to the back drop of countless honks from supportive passers by.

None of us are sure where this movement is going, we know that greater struggle awaits, but the occupation movement is highlighting the often used phrase,"Another World Is Possible", in a very real way.