Atlanta Responds To 10 Years Of War And Occupation In Afghanistan 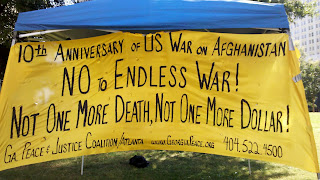 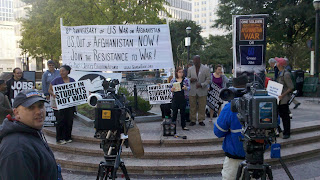 American Friends Service Committee was part of a coalition of groups the organized a week of resistance and education around the war and occupation of Afghanistan, the longest war in US history.

To mark the actual 10 year anniversary an occupation of Woodruff park was organized along with a press conference featuring several local activist. Thousands of leaflets were passed out to passers by.

The event officially ended at 6pm but many stuck around to participate in Occupy Atlanta's 5th General Assembly.