Be The Change Crew Rocks The Airwaves! 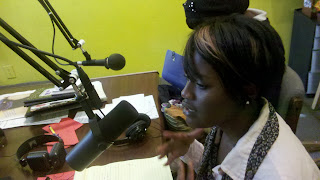 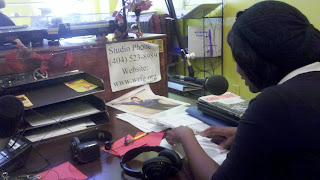 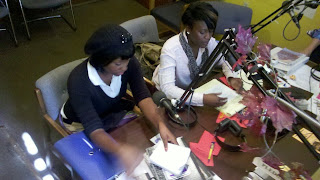 This Friday marks the 10th anniversary of the longest war in US history, Afghanistan. The human cost isn't measurable and the economic cost is estimated at close to 500 billion dollars.

Our favorite radio station in Atlanta, WRFG 89.3FM, graciously devoted five hours of air time during their fall fundraising drive to the Georgia Peace and Justice Coalition for programing that focuses on the war in Afghanistan.

The Be The Change Crew was asked to take the last hour of the show to focus on the effects of war on high school aged youth.

Dejah Ault and Jasmine Enadeghe hend it down for the Be The Change crew. Both focused on the realities of being raised with war. Jasmine prepared a really staggering economic breakdown of US federal budget priorities and what the resources that are taken out of our communities to pay for war could be paying for if there was no war.

Dejah spoke about the militarization of Atlanta youth, focusing on military recruitment in schools. When they opened the phones lines they were immediately jammed with traffic. I hope to get the recording of the program up in the next few days, and there's definitely talk of a regular Be The Change Crew radio show!