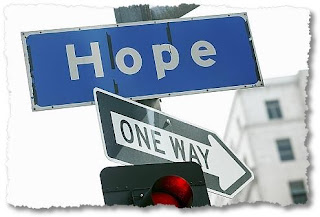 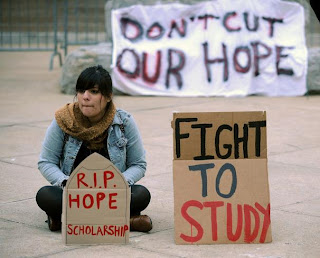 Funding education through a state-run lottery system seems like it would be a great way to reduce the cost of college for students. It would also increase enrollment by in-state students at the various colleges and universities. Also, requiring that students maintain a B average seems like it would be a useful tool in increasing grade scores throughout the state. By making in-state colleges more affordable such a policy would increase the productivity and human capital of its citizens along with the other positive externalities that come with increased education. This policy also seeks to alleviate the educational credit market failure since it is difficult for people to go to banks to get funds to finance education. Ultimately, it would increase a family’s utility since they do not have to sacrifice consumption of another good now that they have the extra money from the scholarship to pay for education. In theory, this policy would be a good redistributive tool. Because it is based on grades, a person from a lower income that has adequate grades will now have the money to pay for college and more people from lower incomes can now finance college. However, we will see that such redistribution may not be the final result and that implementing such a policy could have some undesired effects and causes for concern in terms of equity and grade inflation among other areas. A great example of the implications of such is policy can be seen from the HOPE scholarship in Georgia which was introduced in 1993.

From the onset, we must look at how this policy is funded and who benefits most from it. Most people who participate in the lottery are in low-income households and are typically minorities. Most of the recipients of the HOPE scholarship are white and upper-middle class. “The 20 zip codes with the most lottery winners had incomes below the median for the state of Georgia while the 20 counties with the most HOPE recipients had incomes 72% higher than the other counties” Also, households with a high socioeconomic status have a 46% probability of receiving the full HOPE scholarship while low socioeconomic households have only a 10% chance of receiving the scholarship in full Those receiving the scholarship are people who would have gone to college regardless if there was such a scholarship. This policy can be looked at as a regressive tax since, essentially, the poor are contributing disproportionately more to the program and benefiting the least. In essence, the poor are funding schooling for the wealthy. This regressive tax could lead to further disparities in equity. Before the introduction of the HOPE scholarship in Georgia, whites were 11% more likely to attend college than African-Americans. Since HOPE, that gap has increased to 26% For the most part, the HOPE scholarship has not changed who goes to college, but by funding college in the state it has changed where students go to college.

The stipulation of maintaining a B average in order to maintain the scholarship may also have undesirable effects on course selection in college, since students will find that maintaining a B in college is harder than maintaining a B in high-school. Many students lose their scholarship within the first year of college and only, “25% of HOPE scholars retain their scholarship through four years of college” On average, African Americans have lower grades and SAT scores. “African American students are the most likely to lose HOPE and are also the most likely to drop out of college if they lose their scholarships,” with 58.9% of them losing it after their first two years in college while 44.6% of white students lose the scholarship in their first two years of college This may lead to students picking easier courses, instead of courses that students may find interesting or more intellectually stimulating, in order to maintain a B average and keep their scholarship. It may even pressure students to enroll in schools that are less challenging. According to Christopher Cornwell and David Mustard, professors at the University of Georgia, “the large majority of African Americans who received HOPE are attending the state’s less selective schools. Similar results are reported among Hispanics for New Mexico’s Lottery Success Scholarship”

Since the HOPE scholarship makes going to school in-state more affordable, it has helped keep the smartest of Georgia’s students in the state. Research by economists at the University of Georgia’s Terry College of Business have found that the scholarship has reduced the number of students going out of state to college by about 560 students per year Since the introduction of the HOPE scholarship in Georgia, in-state college enrollment by 18-19 year-olds has increased by 7% Due to the increase in SAT scores and the retention of more of Georgia’s brightest students, in-state colleges are becoming more competitive and attracting better quality out-of-state students as well. According to David Mustard, “The qualifications of both in-state and out-of-state students are going up at about the same rate” Since HOPE began, college freshmen SAT scores in Georgia have increased 40 points.

The lottery system also provides funding for pre-k programs. The financing of universal prekindergarten has been shown to increase enrollment in preschool by about 7 percentage points, on average “Nonwhite, single, or those with no other household members or children” are more likely to enroll their children into pre-k programs than their counterparts. While in the past, increased preschool participation meant increased maternal labor supply, recent studies on the elasticity of female labor supply have shown that women are no longer very responsive to wage changes. These findings and other recent studies, “indicate that universal preschool subsidization may result in increased participation in preschool with little to no effect on maternal labor supply”

Funding education through a state-run lottery system would have many positive outcomes: test scores would increase, college becomes less expensive for students, colleges and universities in the state become more competitive, and there is more schooling for preschoolers. However, if provisions are not adjusted correctly, this policy could also reduce equity in who benefits the most from this program resulting in other less desirable externalities.

Fitzpatrick, Maria Donovan, “ Preschoolers Enrolled and Mothers at Work? The Effects of Universal Prekindergarten,” Journal of Labor Economics, vol. 28, no. 1. 2010