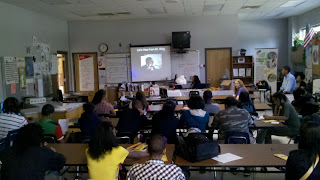 chool Monday. The presentation began with a piece on Dr. King's "Beyond Vietnam" speech. The presenters played snippets of the speech and discussed how it transformed King from the most beloved public figure in the US to a persona non grata who was no longer invited to the White House--and later it got him killed.

The presenters went on to discuss the three ills Dr. King identified in the speech--militarism, racism, and poverty--and their relevance today. They brought up issues such as scapegoating of immigrants, the foreclosure crisis, the prison industrial complex, education cuts, and bloated military spending. Then the students were asked to talk about problems in their communities that they would like to see changed; they brought up issues like drugs, violence, and apathy on the part of teachers. One young woman said that it seems like teachers "give up before we do".

Next we explained that a lot of people see the ills in their communities and want them to change--but stop there. They do not take action to correct the problems in the world, perhaps feeling incapable of changing things. But that is not the path that Dr. King or the so 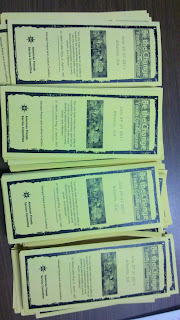 cial justice activists he worked with chose. We introduced the Be the Change convergence, to be held at the Horizons School in Decatur the last weekend in July. The conference aims to educate youth about the problems identified by Dr. King and to teach them the skills he and other social justice activists used to fight them. At the end of the convergence the attendees will choose the issue they most want to correct and build an activist campaign around it. The students were given brochures and invited to the conference. Over a dozen students signed up for the conference on the spot, and others took the pamphlets with them. 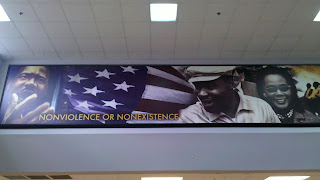