The Dream Is Coming 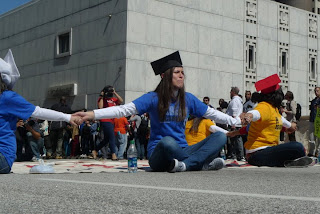 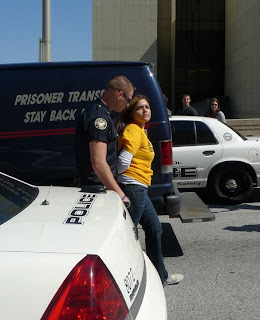 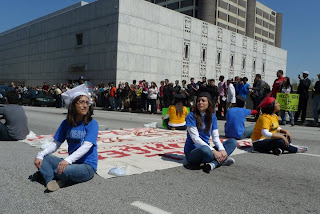 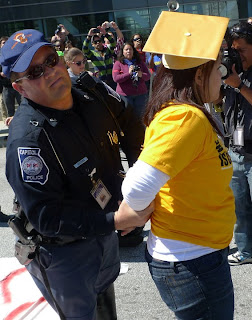 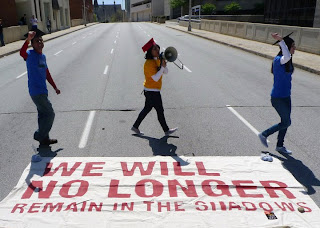 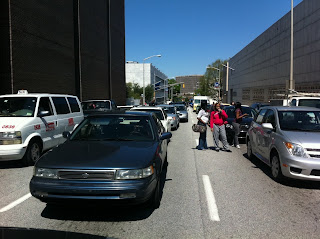 This afternoon over a hundred people gathered at Hurt Park for a demonstration of undocumented students demanding their rights to higher education. Undocumented students shared their stories of coming to this country and exactly what they were fighting for. Supporters gathered and chanted against the ban of undocumented students in 5 major State universities. This protest, organized by students across the country- with the help of GLAHR, marched into Georgia State and delivered a letter demanding the university to refuse the ban. The people united then marched their way to Courtland street where they occupied the road in an act of civil disobedience.
Several motorists were blocked for over an hour before law enforcement were able to direct traffic the opposite direction of the protest. Students from the university were excited to see such an action occuring and many of them who had seen this happening from windows of the school came down to support. As more and more people came to support and block the streets there became awareness to the public on the Board of Regents ban of undocumented students.
The 7 young brave and inspiring men and women sat across courtland street not to block traffic, but to make a statement. This statement is that they will no longer remain in the shadows and wait for legislators and government officials to make a change. They can no longer wait, and will no longer wait. They really are undocumented and unafraid.
After nearly two hours the undocumented students were arrested by zip ties and taken to Atlanta City Jail where many people will continue to support them by having a vigil at 7:30pm.
La lucha sigue. The fight continues to make education a basic human right. We are in awe of the bravery of these students who may now be risking deportation. We have chosen a side and that side will no longer be apologetic for being undocumented, will no longer be afraid, and will no longer wait for change. This is the side that wont stop fighting.