Over the last month Moral Monday GA has traveled to 16 Georgia cities in an effort to build the movement Georgia needs to turn the tide against the extremist agenda that continues to negatively impact most Georgians. 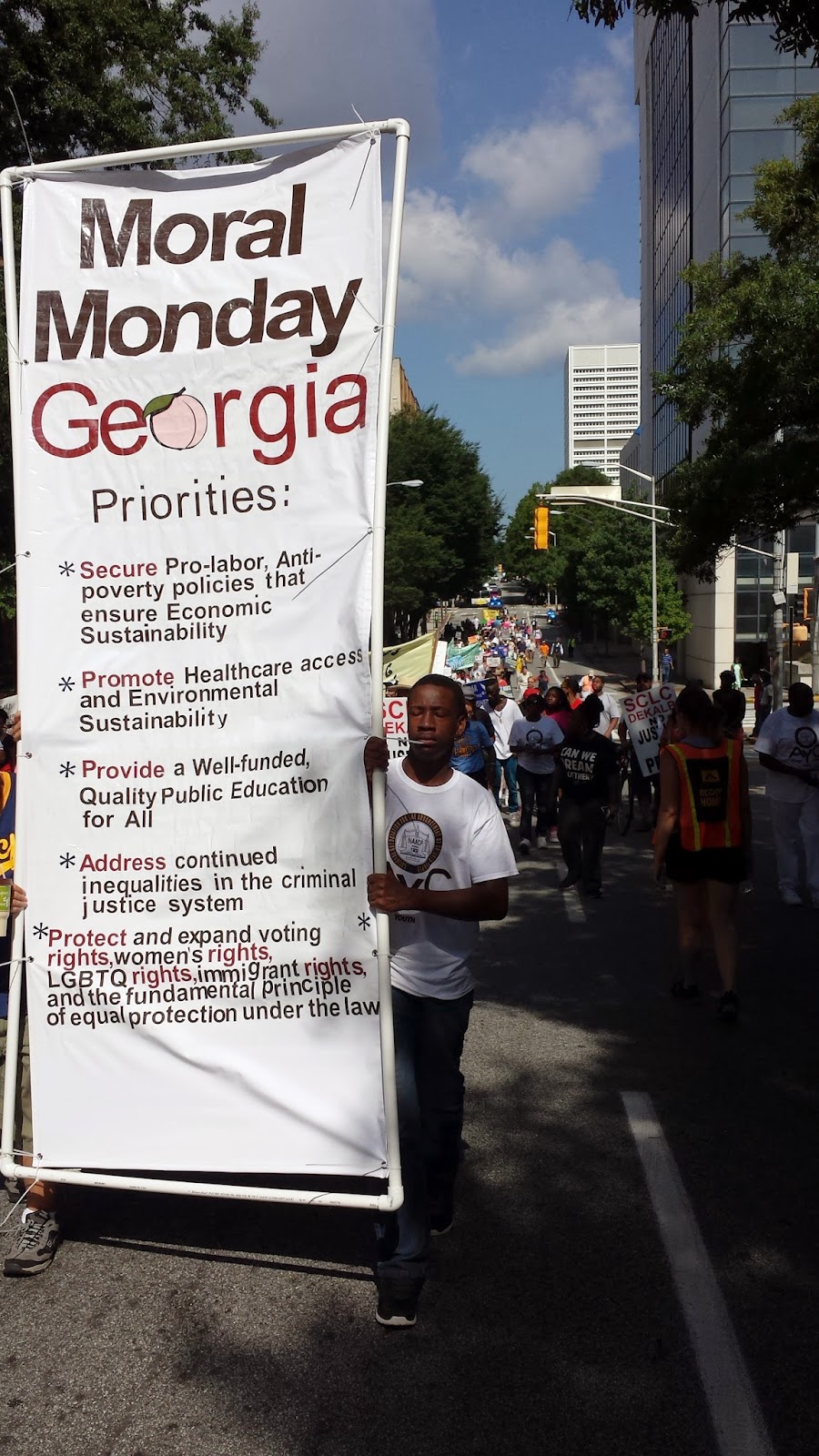 While on the tour the shooting of unarmed Ferguson, MO youth Mike Brown took place and has forced the national to take a deep look in the mirror. Now more than ever our young black youth feel unsafe anywhere. The inequities in the criminal justice system have been front and center on Moral Monday Ga’s political platform. So we decided, along with an amazing group of young people who have organically self-organized Ferguson solidarity marches in Atlanta, to merge on these two movements together.

On Saturday August 23rd regular everyday people from all over the state joined us for a Moral March on the Capital. We came together for a massive Moral March on Georgia from Woodruff Park to our state Capitol. The Moral March on Georgia is part of a southern wide strategy to build power against the extreme, economically insane policies that have seen our wages decreased, taken our jobs, seen our homes foreclosed and rent skyrocketed, our children’s education defunded, young black males criminalized and targeted, and our communities less safe. Actions had been planned in 22 states. 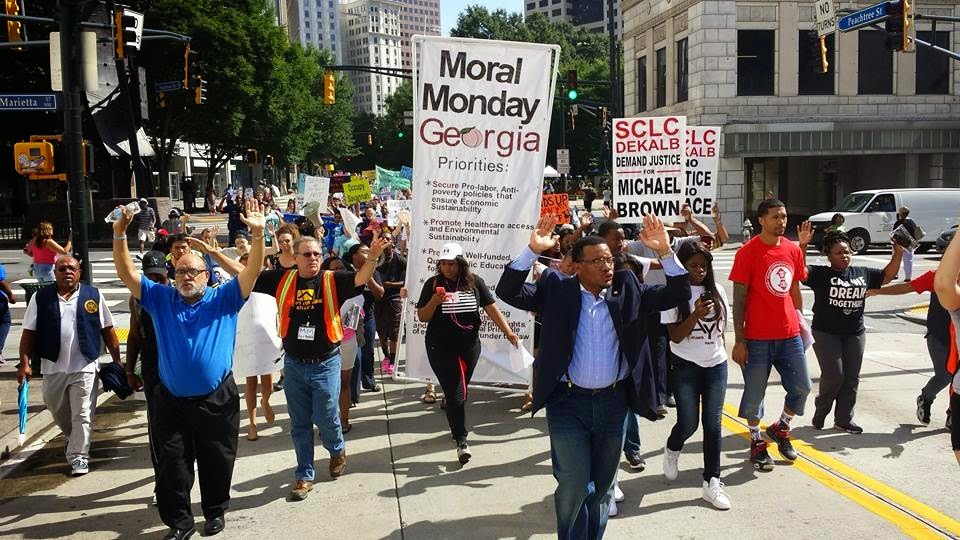 Once at the capitol we presented our issue priorities and asked those in attendance to ratify a Moral platform by signing the huge document. 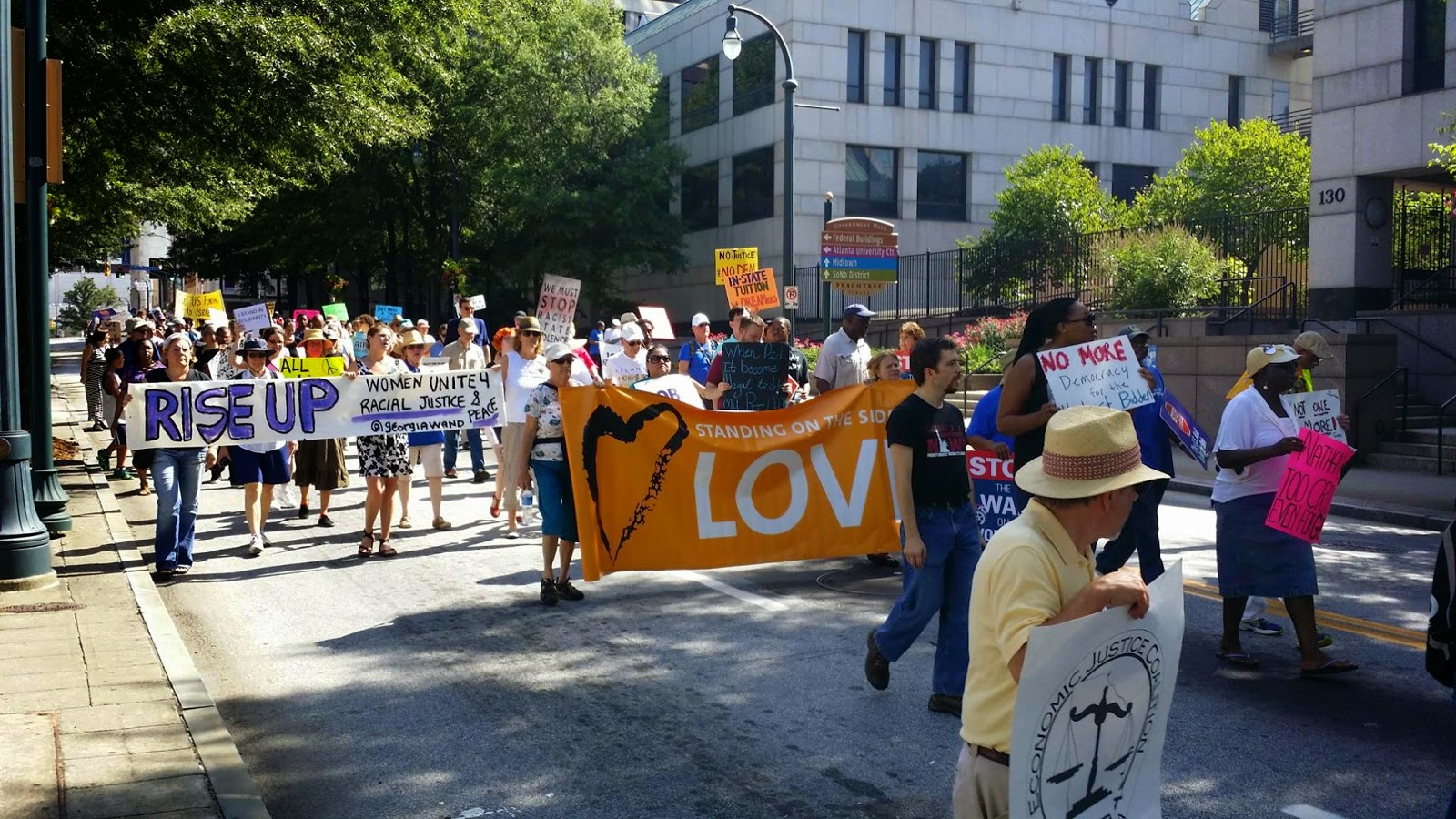 Forward Together means that all of our destinies are linked, that we can't afford to work in issue and organizational silos. Gay straight, black, white, brown, male, female, old, young and everyone in between. We can no longer afford to allow a small group of extremists benefit from separating our communities.
Moral Monday Georgia ended it's week of action today, which marks the 51st anniversary of the march on Washington. Like many other Moral Monday movements our them today was, "Vote your dreams not your fears". Fear mongering seems to be a pretty consistent strategy to separate communities that have a clear vested interest in learning to work together. 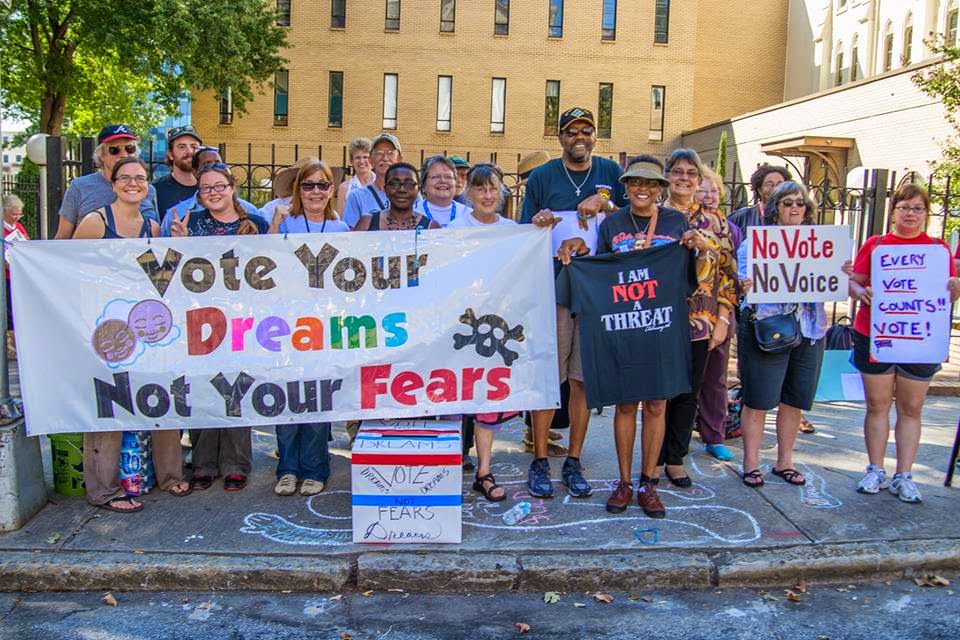 We can't afforded to allow the same small group of folks feed off our unfounded fears, we can't afford a political landscape that pressures folks into voting against their own interests, we can't afford a system that continues to benefit those that already have an over abundance of resources while the rest of the state falls behind.


*Provide a well-funded, quality public education for all