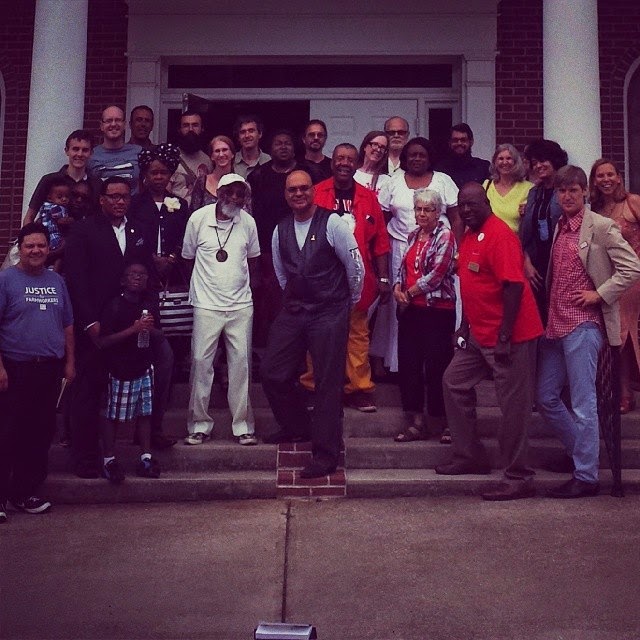 We were all really excited to be rolling into Athens. As some may know Clarke County, despite being home to the University of Georgia,  has the highest poverty rate of any county in the state. Clarke County has great potential to play a key role in changing the political landscape in Georgia. There's something exciting brewing in Athens, which is part of Clarke County, and many of the groups organizing the change Athens so desperately needs helped organize our stop including Athens 4 Everyone, The Economic Justice Coalition, and the Athens/Clarke County NAACP. 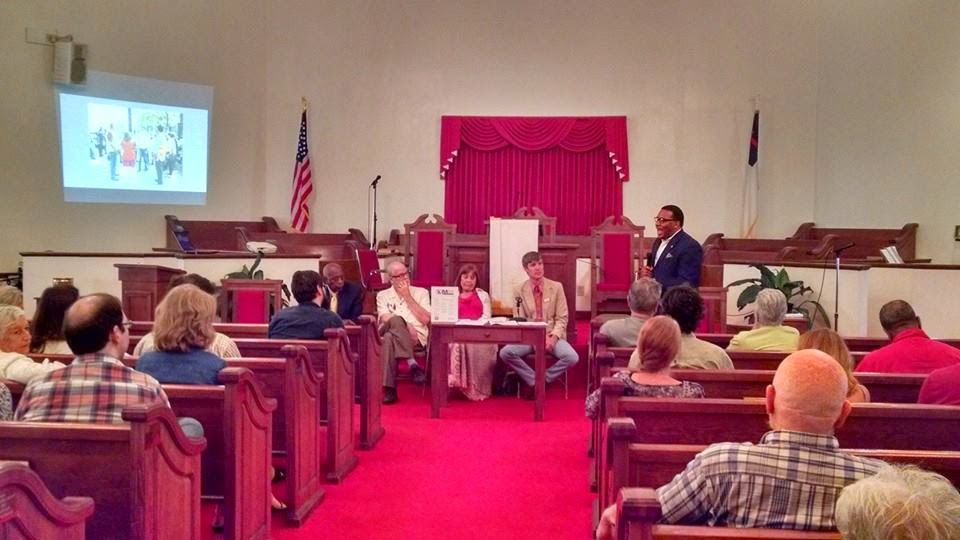 The Athens tour stop managed to fill most of the pews at East Friendship Baptist Church and the turnout, like every stop so far, was a true cross section of the local community, a rainbow coalition of young old, white, black, brown, gay, straight, male, female, and everyone inbetween.

The panel included Joe Beasley, John Slaughter, and Peggy Marx who all recieved a standing ovation after giving truly moving  testimony about why they were willing to risk arrest in order to stand in the way of an immoral, extremist, economically insane agenda that year after year benefits just a few Georgians at the cost of everyone else. 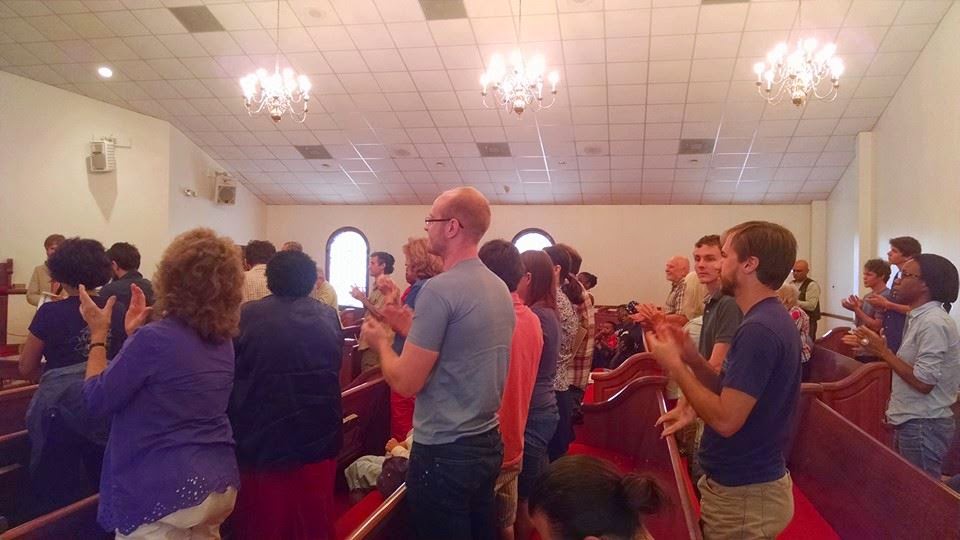 After the panel local organizers talked about issues their organizing around, what a Moral Monday Athens would looks like, and strategies to increase voter turnout in November.

We were also excited that folks in Athens seemed really committed to coming together with people all over the state on August 23rd for the Moral March on Georgia.
Posted by Atlanta Economic Justice Program/AFSC at 1:14 AM