If one word could sum up our Rochelle stop it would be passion. Everywhere we have gone, all of the people we have met, have shared the belief that together we can and will make change. Rochelle was no exception. It was so inspiring to see person after person flooding into the church to take part in stop 13 of the Jailed for Justice Tour. Here is this tiny little town, we saw one of the biggest turn outs of the entire tour and the crowd was ready. 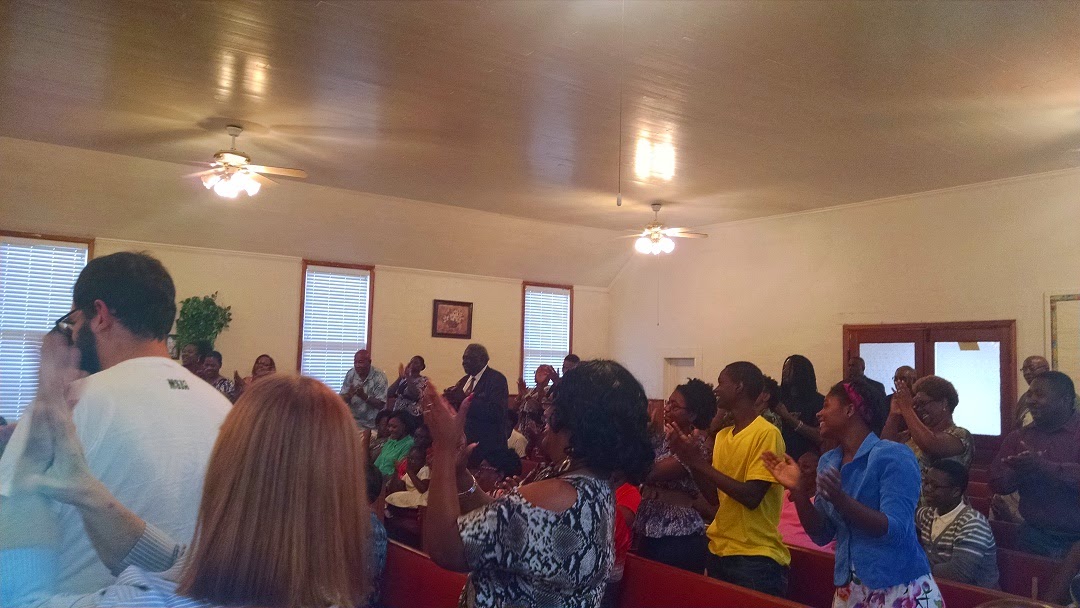 During the community discussion portion of the program we were troubled to learn that despite the fact that a large portion of the population of Rochelle is black there are no black bank employees, no black law enforcement, and there may not be any black school teachers. Segregation is alive and well in Rochelle Georgia, and folks are ready for a Moral Movement aimed at shaking a status quo that isn't working. 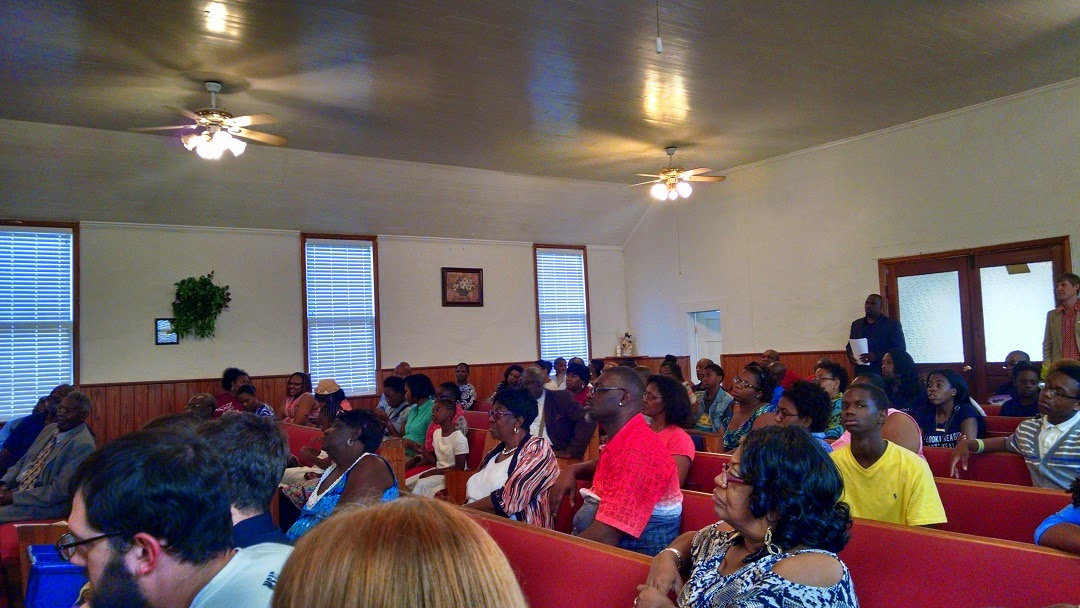 Rochelle is no stranger to movement, in fact just last year Rochelle made international news when one high school student decided to organize the cities first integrated prom. It’s hard for some to imagine but the civil rights movement simply didn't fully take root in parts of the deep south. We were truly honored that the young bold organizer, Mareshia Rucker, that lit that spark was among the attendees last night! It was truly an honor to get to know her!

We are excited for the future of Moral Monday in Rochelle, during our community conversation there were even talks of having a march at the county courthouse. We look forward to that day when we can stand beside our brothers and sisters in Rochelle.
Posted by Atlanta Economic Justice Program/AFSC at 2:03 PM