On Stop 8 of the Jailed for Justice Tour we visited Statesboro and were greeted with a warm welcome! Located in the hometown of NAACP President, Dr. Johnson, for stop 8 of our tour the people of Statesboro turned out to hear from a diverse group of speakers discussing their experience being jailed for justice. We spoke about Medicaid expansion, we spoke about the need to repeal stand your ground, but most importantly we spoke about the need to ban together and fight injustice. 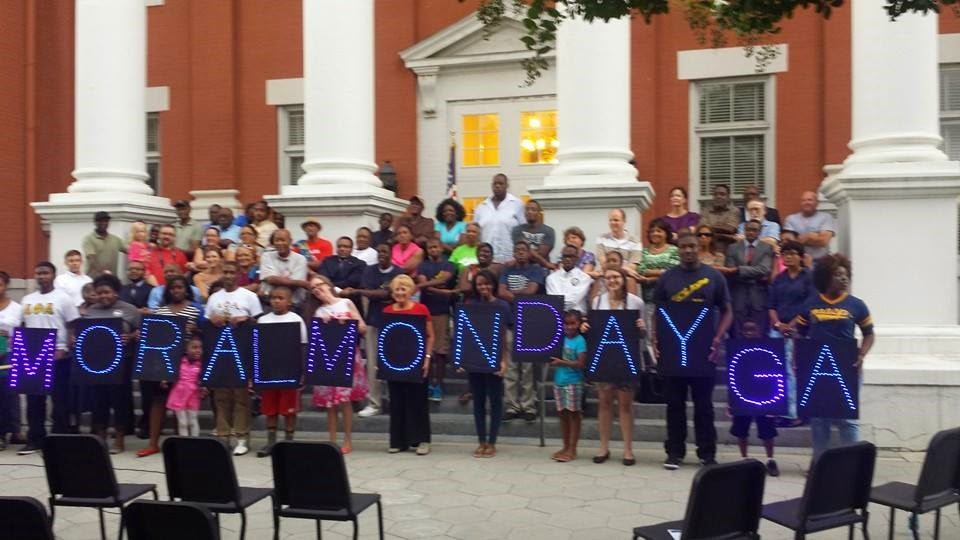 As we gathered on the front steps of the Bulloch County Courthouse it was a fitting place to gather to speak about fighting injustice.  We were standing mere feet away from the location of the last lynching in Georgia. Carried out in the court yard this atrocity did not occur in the 20s, 30s, or 40s, no this was carried out in Georgia in the 1960s. I have to admit that when I heard that my mouth dropped open. I had expected to hear that this had occurred long ago, but the truth is our past is more recent then we might like to think. 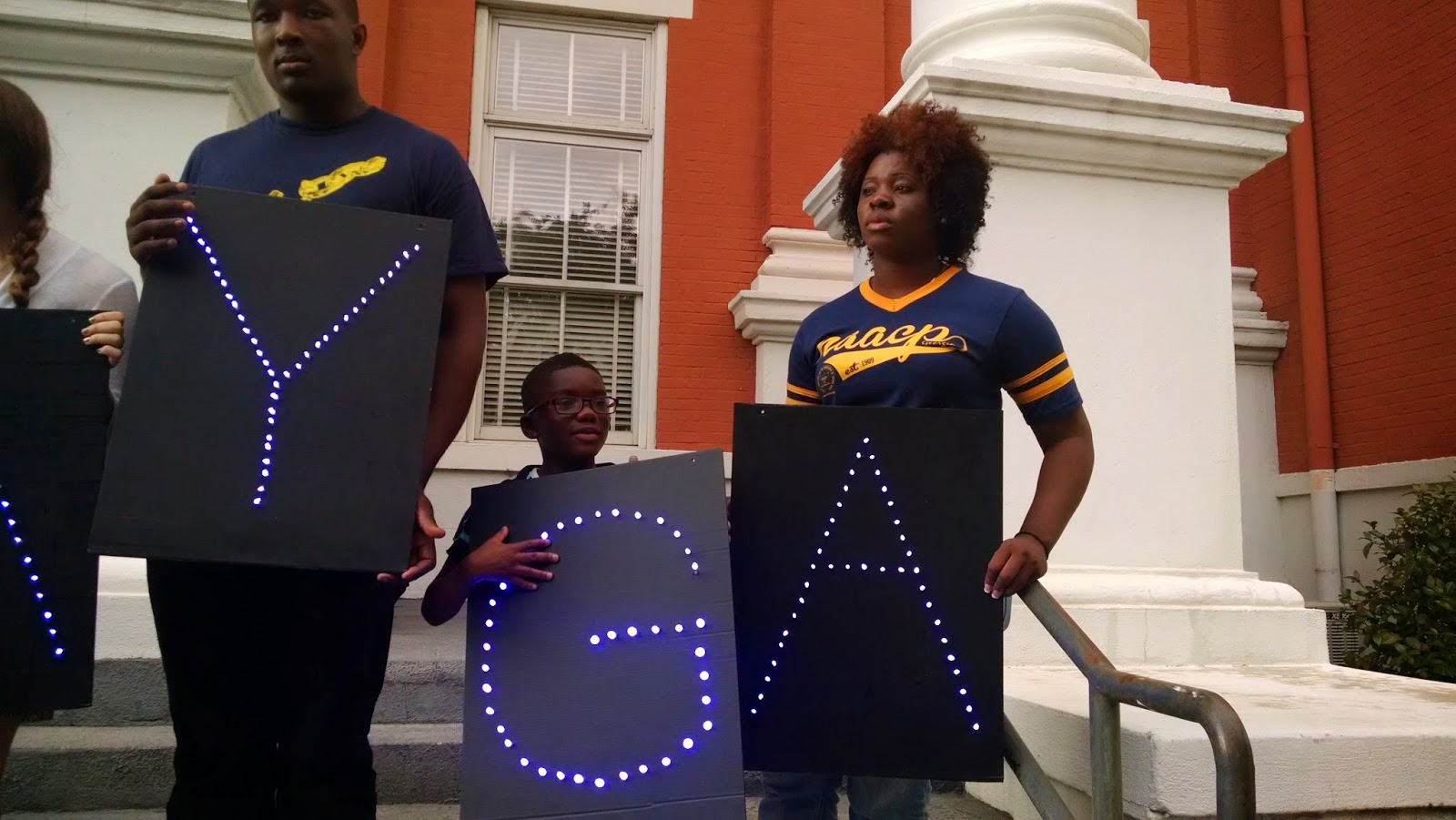 So we gathered in this place of great injustice to speak about seeking out the justice we know every Georgian deserves. We speak often of our diverse coalition and that was clearly evident in Statesboro. We met an amazing group of young people with the NAACP who have been working in their communities to make Georgia a place of justice. We heard from many people, old and young, black and white, but we all shared the same message. We will not, cannot, and should not stand for the racist, extremist policies that are spreading around our nation. We demand to live in a place where all of our citizens are respected and can live with dignity. Today, we met the people of Statesboro who will make this a reality. 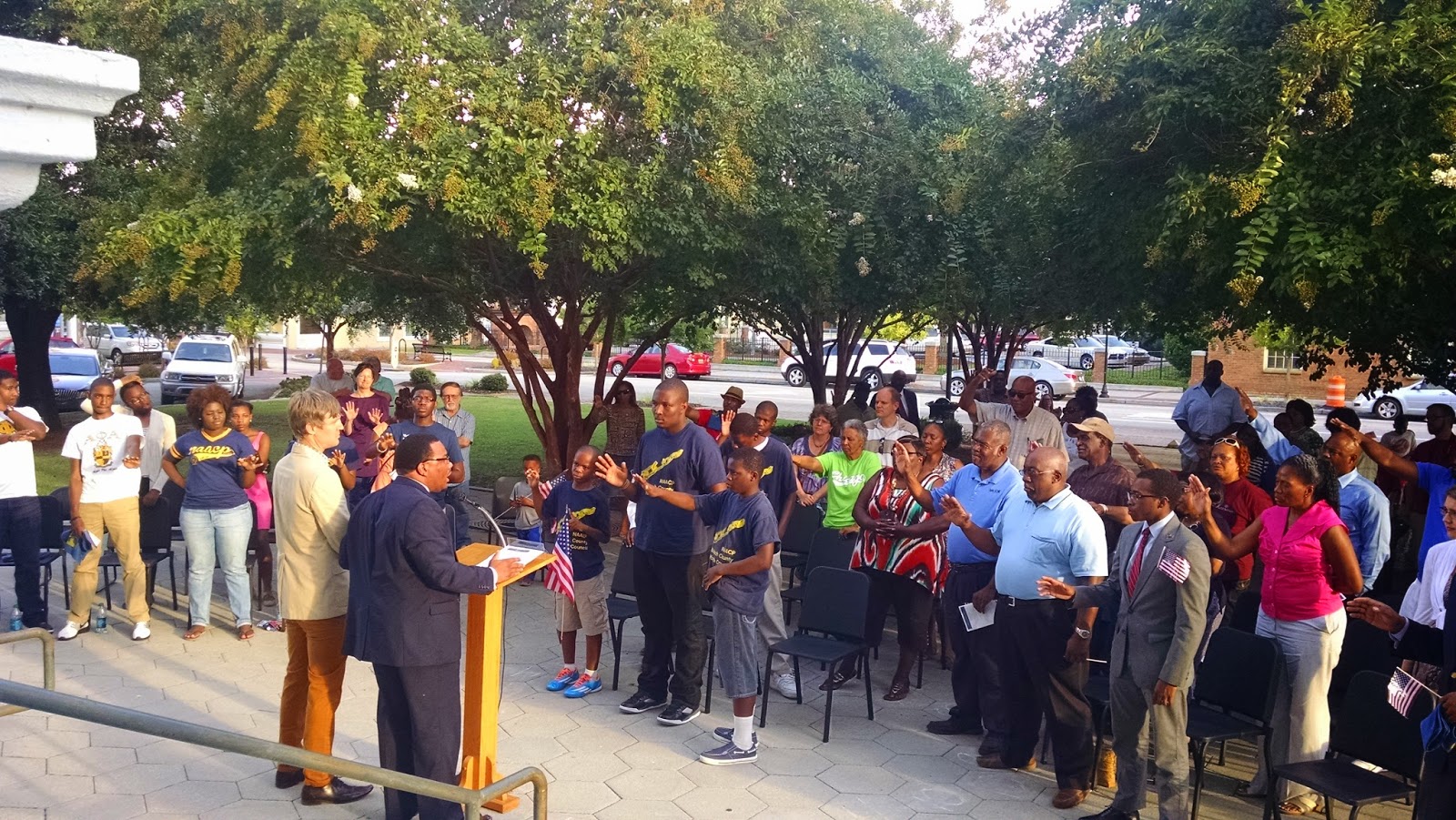 The Statesboro stop holds a special place for me on the tour. I had the privilege of speaking along side my fellow arrestees and spoke about my motivation for taking a stand against the racist stand your ground laws that exist. Despite the tough and serious decision I made to participate in the movement by taking an arrest my motivation was very easy to identify. No mother should raise and love a child only to have to worry every time they walk out the door they might not return because of the color of their skin. After I shared that message and the tour had concluded I was approached by a member of the audience. She said, “Thank you, thank you for standing up for me, thank you for standing up for my sons. As a mother of two African American boys I am afraid for them.”
Hearing those kind words really touched me and cemented why I have decide to subject myself to arrest this year. No mother should have to raise her child in this nation and have to be afraid. This is bigger than you and me, it is about recognizing an injustice and taking a stand against it. That is what is so powerful about Moral Monday. It is a chance for us to unite and work together towards our common goals for justice and peace. Statesboro left quite an impression on me; I hope Moral Monday left an impression on Statesboro!