Avondale 4 Trial Concludes, But the Struggle for Housing Justice Continues 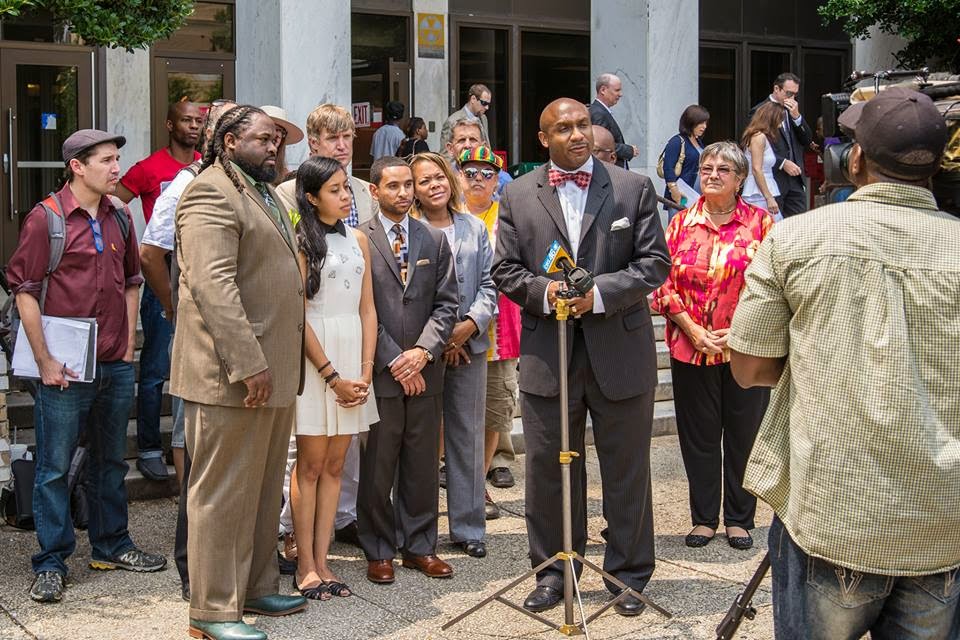 Like millions of Americans, Mark Harris- a Desert Storm veteran- lost his home to foreclosure in 2012. Determined to keep his home, Mark joined Occupy Our Homes Atlanta (OOHA) and mounted a nearly yearlong campaign to get Fannie Mae to negotiate, that included a trip to Washington D.C. to meet with top Fannie Mae officials directly. Mark believed he was still in good faith negotiations when Dekalb County Marshals showed up at the door to evict him last August.

Mark, along with OOHA members Mariam Asad, Daniel Hanley, and Tim Franzen were arrested for peacefully resisting the eviction and charged with criminal trespassing. 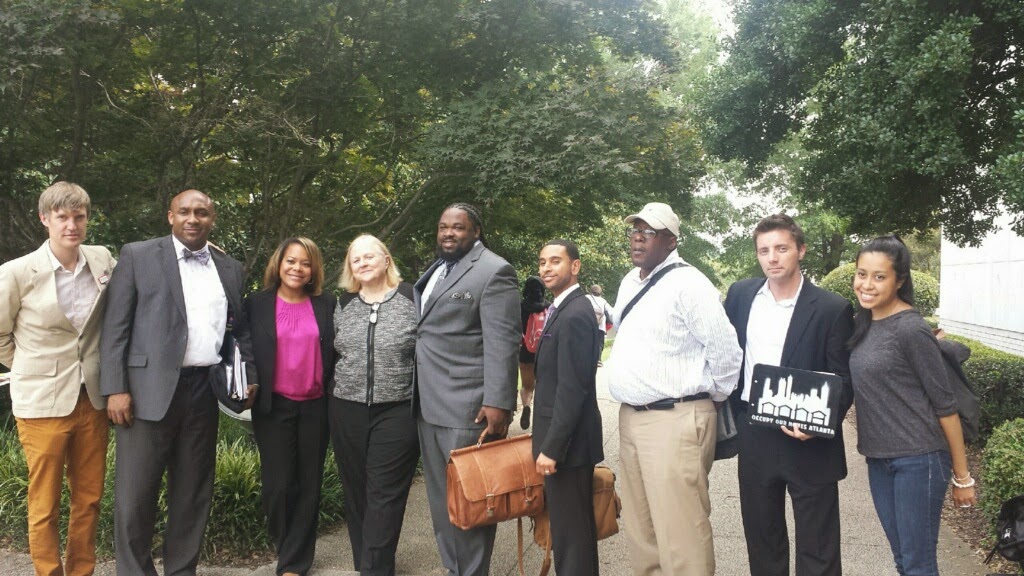 The long-awaited trial for those charges began Wednesday August 6th. Following jury selection in the morning things almost immediately took a turn for the worst. Judge Dax Lopez showed a complete disregard for the equal application of the law, refusing to hear arguments from the defendants’ attorneys, showing preferential treatment to the prosecution, and denying witnesses’ testimony.

Lynn Szymoniak, a Florida attorney and expert witness for the Justice Department, flew to Atlanta to testify on Mark’s behalf, but was denied from giving testimony despite submitting credentials to the court well in advance(Lynn wrote a piece on what she would have said to the jury). The entire day’s proceedings were filled with confusion as jurors were shuffled in and out of the courtroom at the judges command.

After 2 days of evidence, testimony, and powerful closing statements by the defense, the trial wrapped up late Thursday afternoon, with jurors beginning deliberations around 4:30pm. The jury was unable to reach a unanimous decision two hours later, at which point Judge Lopez sent everyone home, forcing everyone to return to court today at 8:30am.

By lunchtime on Friday, the jury made it clear that no progress had been made, leaving Judge Lopez with no choice but to declare a mistrial.

Throughout the trial, the state refused evidence presented by the defense. Despite that fact, the prosecution was unable to prove guilt beyond a reasonable doubt, failing to secure a verdict.

"This is a victory. Our clients were not convicted and they will remain free to continue in the fight for economic and social justice. As a legal team we have been inspired by our client's courage," stated attorney Mawuli Davis of Davis Bozeman Lawfirm,  one of four lawyers who took up the defendants case. He was joined by attorneys Joshua Davis, Dionne McGee, and Shawn McCullers all of whom took on the case pro-bono.

Of course the outcome of the trial is good but a cruel reality needs to be pointed out here. Fannie Mae's irresponsible practices, specifically the practice of bundling and securutizing loans so they can be traded on Wall street played a key role in crashing the global economy. In a matter of months millions of hard working Americans, like Mark Harris, so the wealth they had worked a lifetime to accumulate disappear. 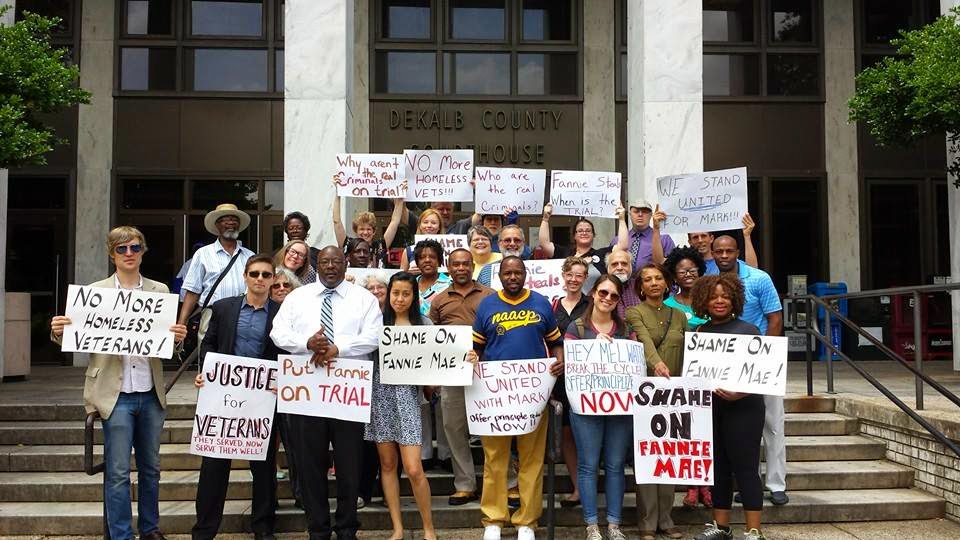 We were told institutions like Fannie Mae and the big banks were too big to fail, that in order to protect the economy tax payers would have to bail them out. The some total of all the monies infused into Fannie and and all the big banks when added up is over 16 trillion dollars. That's enough to buy every American a home free and clear.

Fannie Mae and the big banks have not had to stand trial or face jail time for their crimes intact at their critical crisis moment our government came to their aid with billions of dollars with the idea that bailing them out would somehow keep the economy afloat. Over 11 million hard working people lost their homes while countless millions lost all their wealth.

There is something truly broken about a system that gives billions to thieves and locks up those standing up against the thieves. Our country needs more Mark Harris', more willing to put something on the line to resist theft of wealth and property, to resist a culture that continues to benefit a few at the cost of everyone else.

While it may not always feel this way we we are in struggle OOHA has adopted a saying that Mark Harris often likes to remind us of, "When we fight, we win." That doesn't mean things always play out the way we want them to, it means that resisting injustice is always the right path.
Posted by Atlanta Economic Justice Program/AFSC at 4:33 PM