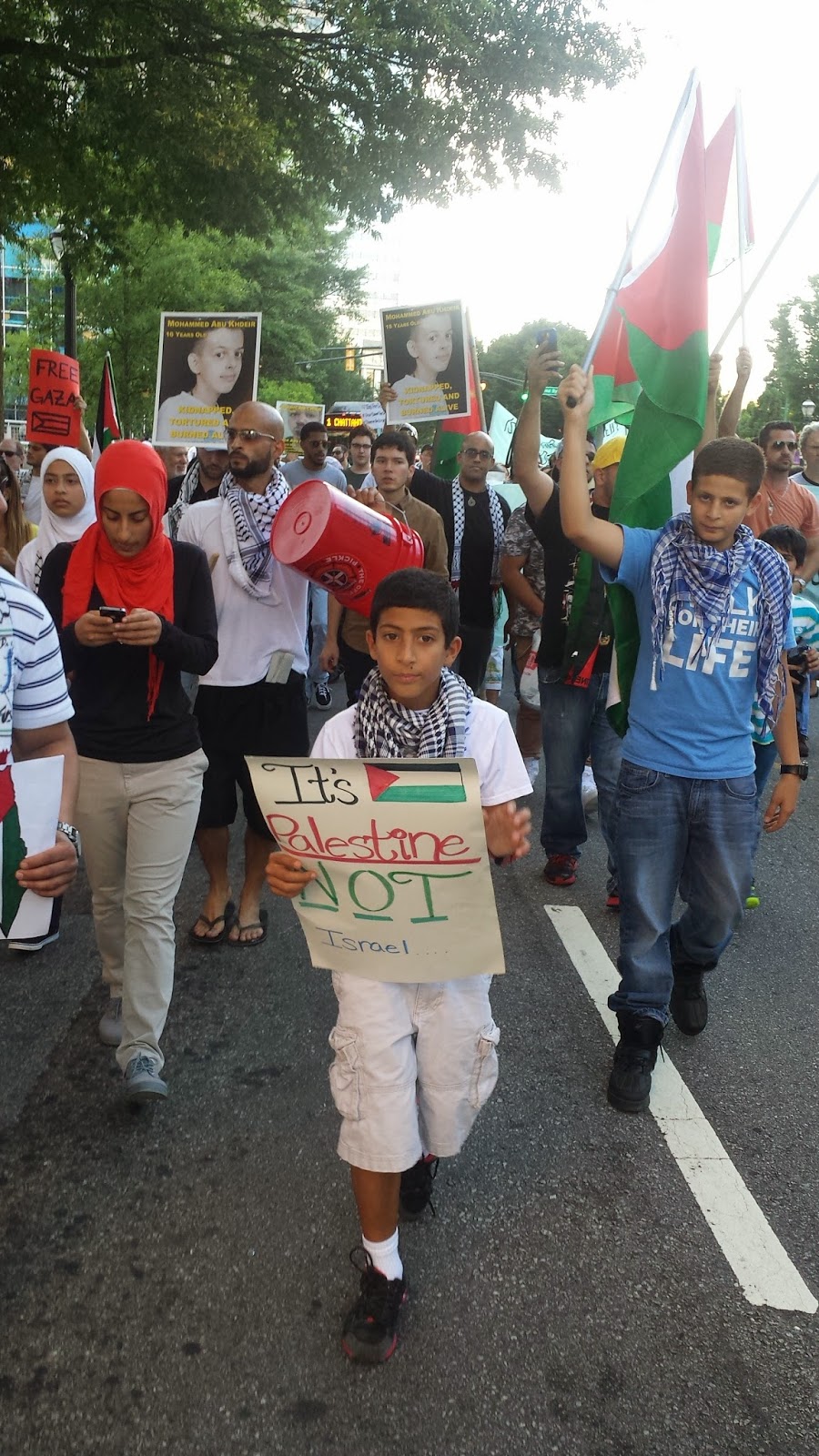 Today around 100 Atlantans gathered at Troy Davis Park (Woodruff Park) and marched to the CNN Center to protest the recent revenge killings of Palestinians by Israeli citizens and the Israeli Defense Forces (IDF). These killings can be seen in the wider context of the ongoing brutality of Israel’s military occupation, which has left six Palestinian children and twenty six Palestinian adults dead in 2014 alone. 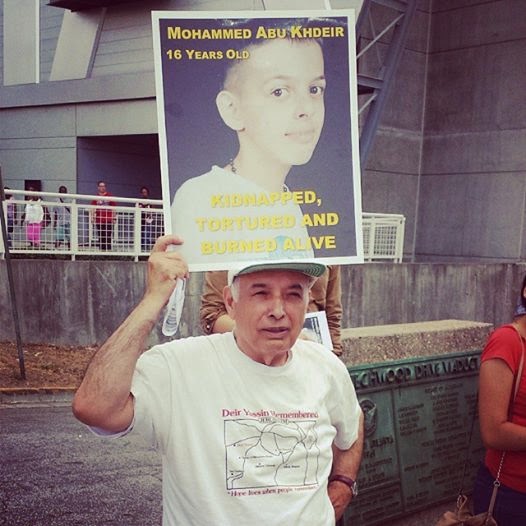 Now Israel and Israeli citizens are charging all Palestinians, void of evidence, of killing three Israeli teenagers. This purported crime against Israel has been used to justify dropping bombs on the Palestinian population that is living in open air prisons.  While Israeli citizens have autonomy to travel openly, Palestinians are subjected to apartheid occupation and have very little freedom of movement for things such as, travel or work. Sadly, we continue to see Israel using collective punishment against an entire population for crimes which have not yet been fully understood. 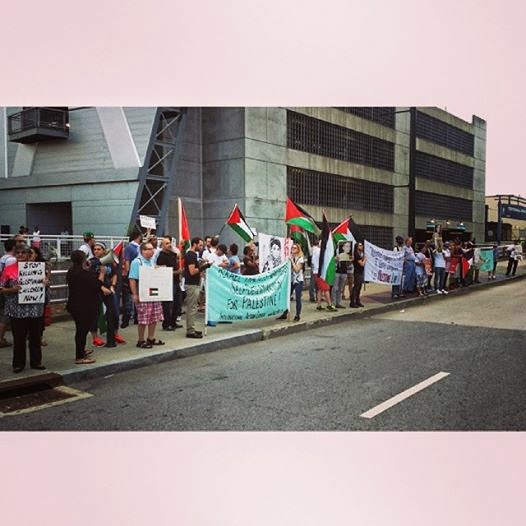 How is the conflict across the globe connected to Georgians? Georgia tax dollars, to the tune of 10million per day, are used to fund mothers dying of bombshells and children being beaten, abducted, and shot by IDF soldiers. It is the responsibility of every American not only to care about where their taxes are going, but to be morally indignant at such crimes against humanity. Some of the F16’s the Israeli military uses are made in Marietta, just outside Atlanta

Today’s march was organized by The Movement to End IsraeliApartheid-Georgia is an Atlanta-based group dedicated to the global campaign of Boycott, Divestment and Sanctions (BDS) of Israel until it abides by international law and human rights and supported by a number of groups including American Friends Service Committee.
Posted by Atlanta Economic Justice Program/AFSC at 11:21 PM