Assaulted By US Marshalls Delivering Petition with Struggling Homeowners 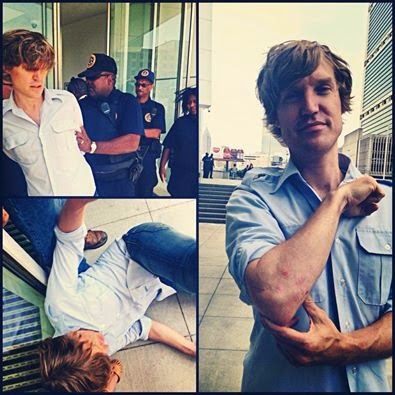 Today I joined struggling homeowners and those who have been displaced in from their homes to peacefully deliver a petition to the US Attorney’s office asking them to push for the 4 billion dollars that are supposed to go to struggling Americans from the recent Chase Bank settlement. We were greeted by Federal Marshalls who harassed our group and attempted to bar anyone with our group from entering the public building. 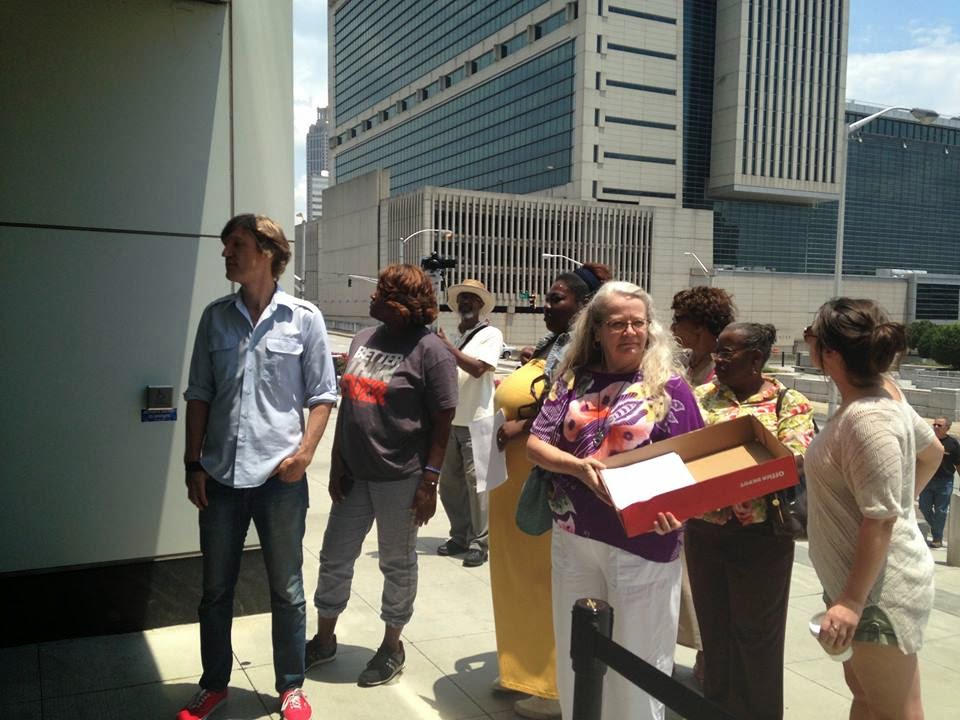 At one point Marshalls began a second line in the building for “regular” citizens as we were told we couldn’t enter, this is of course a gross violation of our rights.

When we attempted to enter the building I stated that if officers believed I was breaking the law by entering I would certainly not resist arrest and they were under no threat of violence from me or anyone else in the group. An officer immediately grabbed me, threw me to the ground and kicked me in the side while I was down. I stood back up and the officer shoved me back onto the ground, this was repeated two more times until the officer restrained me. At no time did I resist, wiggle, yell, or do anything that could be perceived as aggression toward him or others present. 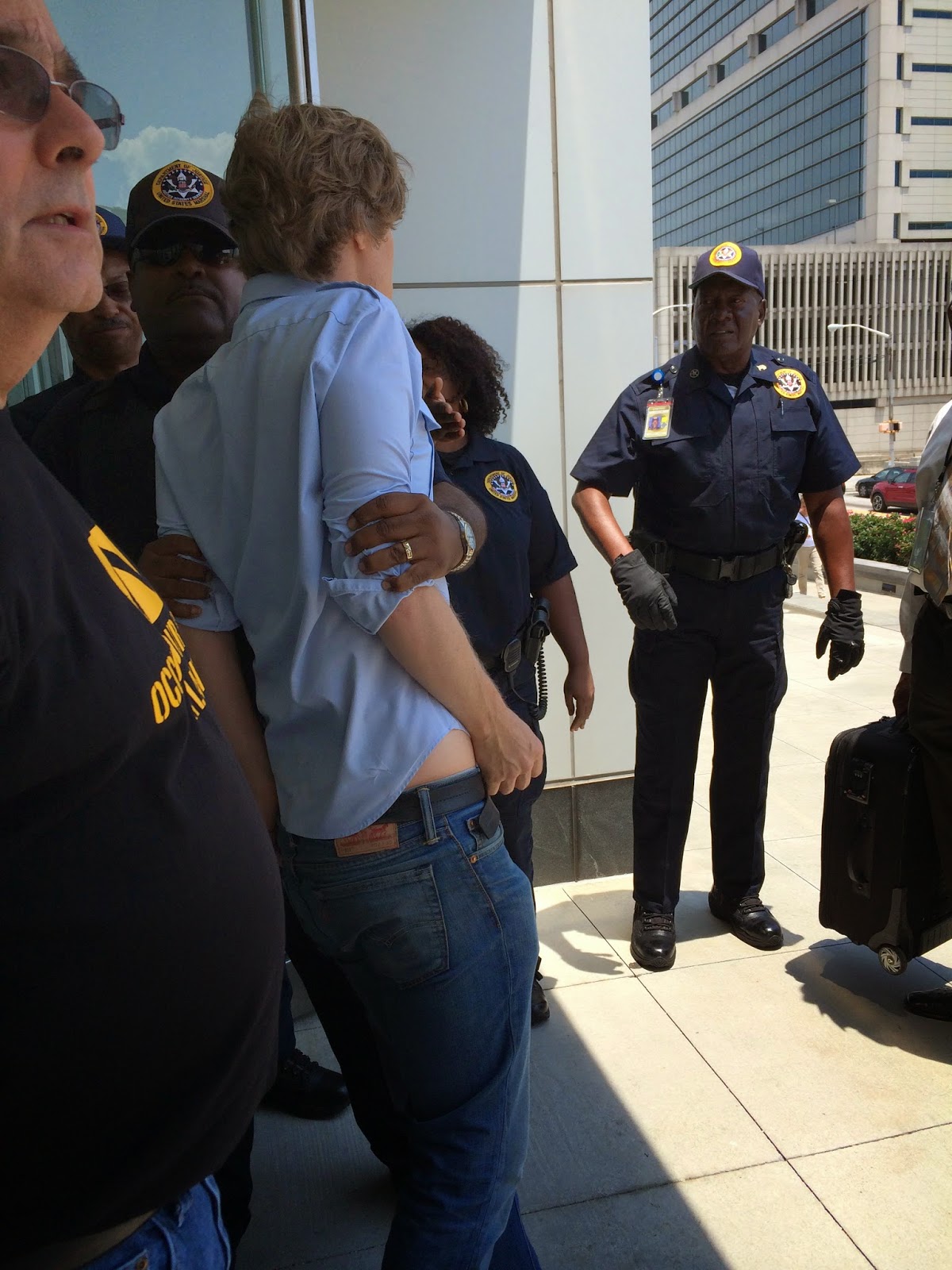 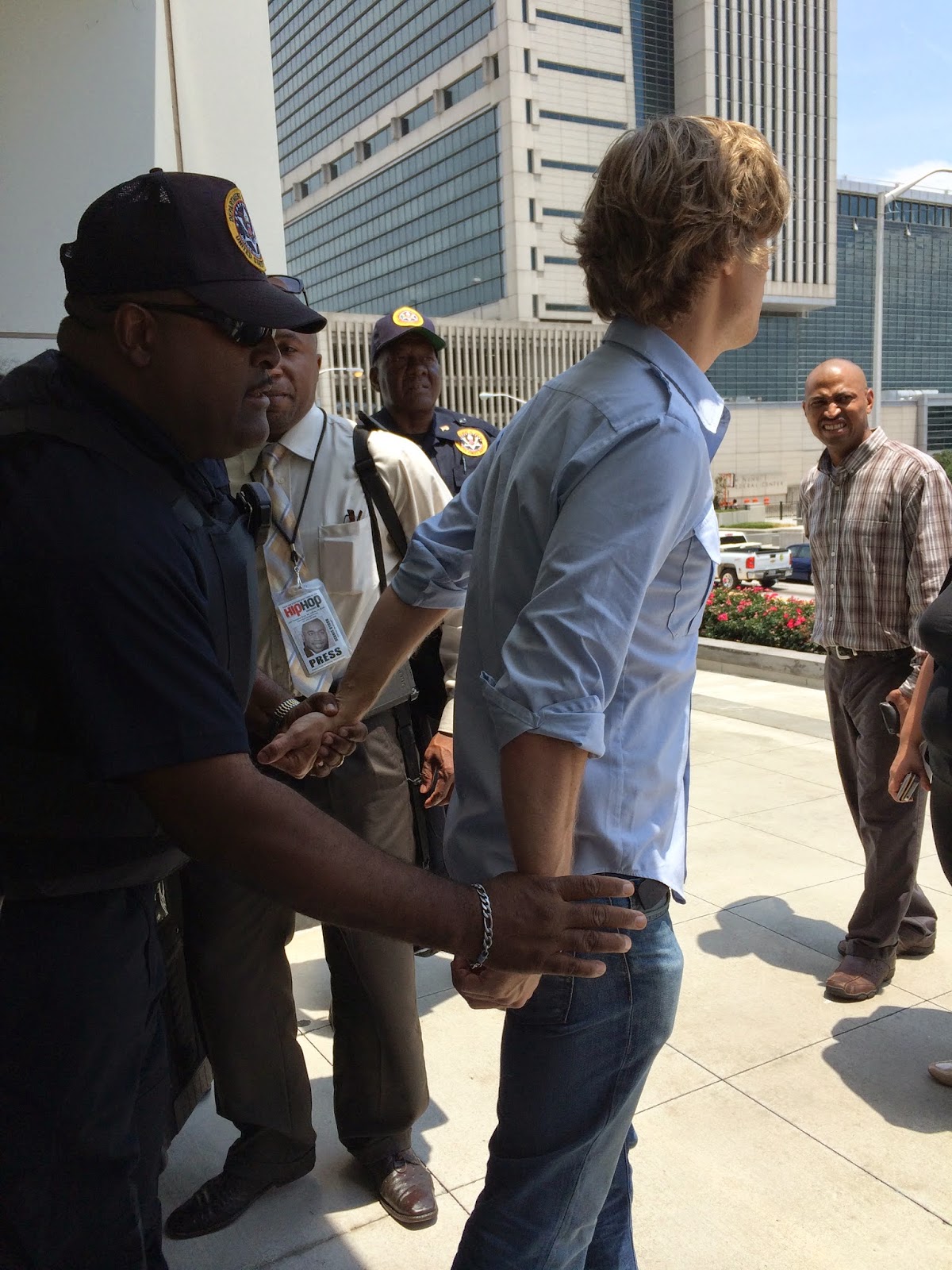 Eventually the officer let go of me. Minutes later a representative allowed us to enter and do what we intended. We were there to peacefully deliver a letter and petitions on behalf of thousands of homeowners, demanding to know what happened to billions of dollars in relief promised as part of the settlement with JP Morgan Chase. By contrast, Chase Bank CEO Jamie Dimon is able to walk right in to the Department of Justice and meet with Attorney General Eric Holder face to face with no issues. There is something very wrong with our system of justice in this country.

Sadly this isn't the first time struggling homeowners and displaced Americans have been met with violence at the department of justice. We know we're in a crisis of moral and economic priority when the folks that have stolen wealth and homes from people are given private meetings with the highest officials while those that have been victimized by the thief's are beaten, bared from entering the building, and even arrested.

This evening I will be submitting a letter to US Attorney Sally Yates asking her to meet with me and a few other homeowners to talk about what happened.


Sign the petition & tell the DOJ not to let Wall Street off the hook again.
Posted by Atlanta Economic Justice Program/AFSC at 5:17 PM