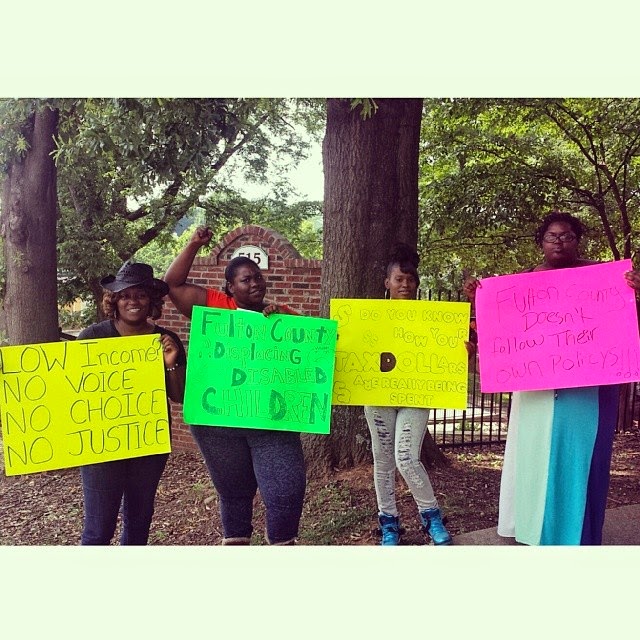 Last week we received a call from the Vine City Civic Association. Members VCCA had been working with families that had been living a permanent housing program for people with disabilities. The program is facilitated by Fulton County Office of Emergency and Transitional Housing(OETH) and designed for low income families that are living with serious disabilities in the household.

Several members of the VCCA had called us extremely concerned with Fulton County's treatment of families in the program. VCCA got involved after hearing multiple complaints from women in the program that had become strongly integrated into the Vine City community.

Last week things moved into crisis when residents were informed that they would all have to move out of their homes by June 23rd, something that came of a shock to many of the households. 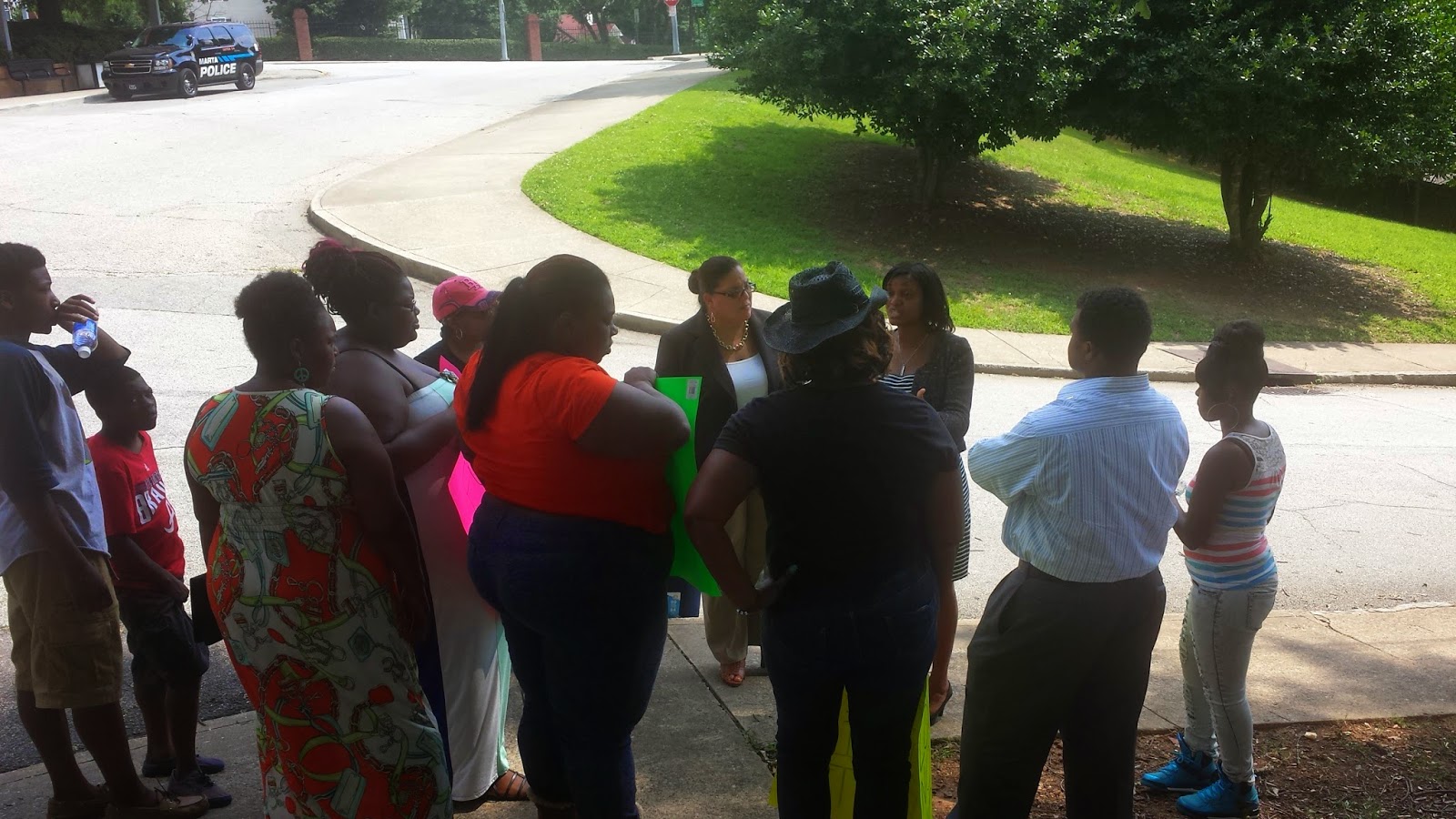 Today several of the single mothers who live in the program organized a small rally outside their community. They were joined by several members of the Vine City Civic Association in calling on Fulton County to do the right thing and treat them with dignity.


Please SIGN and SHARE the online petition initiated by the community.
Posted by Atlanta Economic Justice Program/AFSC at 1:06 AM