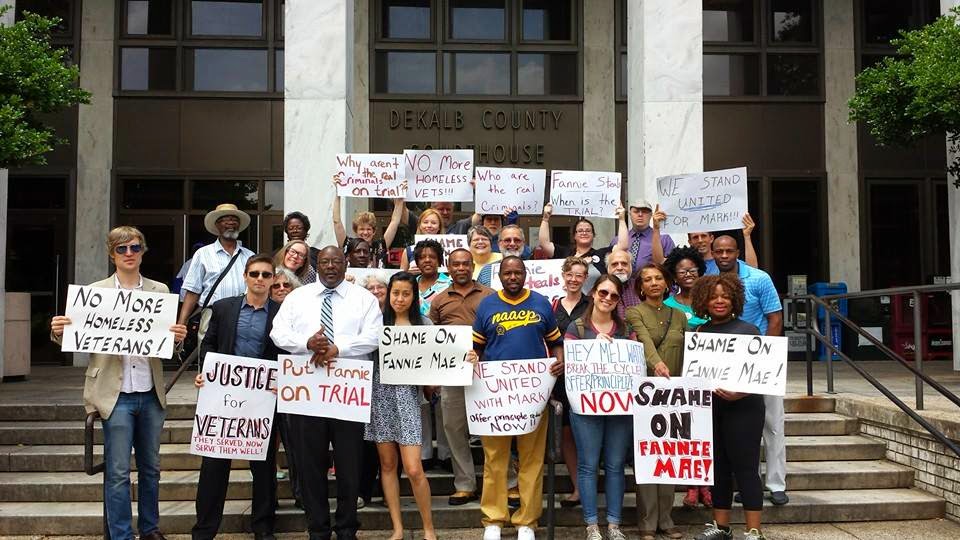 Last week at the Dekalb County courthouse, U.S. Army Veteran, Mark Harris and members of Occupy Our Homes Atlanta and their lawyers  had a ‘Stand Your Ground’ hearing to argue that the protestors "stand their ground" when law enforcement attempted to evict Mr. Harris' from his house of 18 years.  Judge Dax Lopez will hear the motions.

Supporters held a pre-hearing rally on the courthouse steps.

The Occupy Our Homes members  were arrested trying to prevent the forcible home eviction of Desert Storm Veteran, Mark Harris . Mark Harris, served 21 years in the United States Army Reserve.  Mr. Harris was on the verge of qualifying for a federally funded program to save his home (Hardest Hit Fund:. Homesafe Georgia program), when he was unlawfully foreclosed on by Fannie Mae, the financial backer. 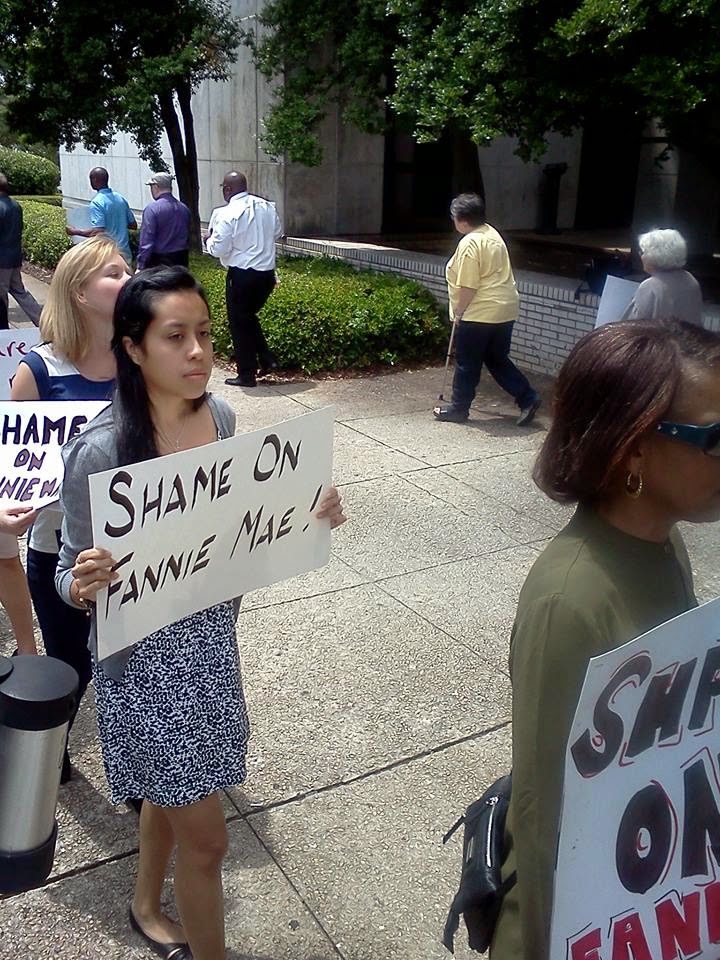 On March 6, 2014, the DeKalb Solicitor's Office filed a motion requesting that Judge Dax Lopez disqualify Attorney Mawuli Davis of the Davis Bozeman Law firm from his pro-bono representation of the housing justice activists. However, the judge ruled attorney Davis could remain in the case while three other attorneys, Shawn McCullers, Dionne McGee and Joshua Davis, joined the defense team on a pro-bono basis.

In an unprecedented legal claim the attorneys for the protestors will assert that they had a right to "defend" the property and had “no duty to retreat" (i.e. stand your ground).

"While our clients were non-violent, we believe that they reasonably believed they had a right to resist and should be granted immunity from prosecution.  No matter what, we know we are on the right side of history", stated activist attorney Mawuli Mel Davis.

Wednesday's motions also include a 1st Amendment claim that argues that the charges should be dismissed because that were allowed to peaceably assembly, as allowed by the First Amendment to the Constitution.
The stand your ground motion was squashed by the judge but a second hearing was set for June 16th at 3pm to argue a 1st amendment motion. Representatives from Fannie Mae will take the stand. Basically the argument is that since Fannie Mae is taxpayer owned 1st amendment rights do extend to the drive way of the property where folks were actually arrested.

"We are calling on justice seeking citizens to come to the courthouse and bear witness that working people have rights that should not be trampled on by corporate interests with the help of our government" stated an arrestee and American Friends Service Committee staffer, Tim Franzen.