Tens and Thousands Rally in Raleigh 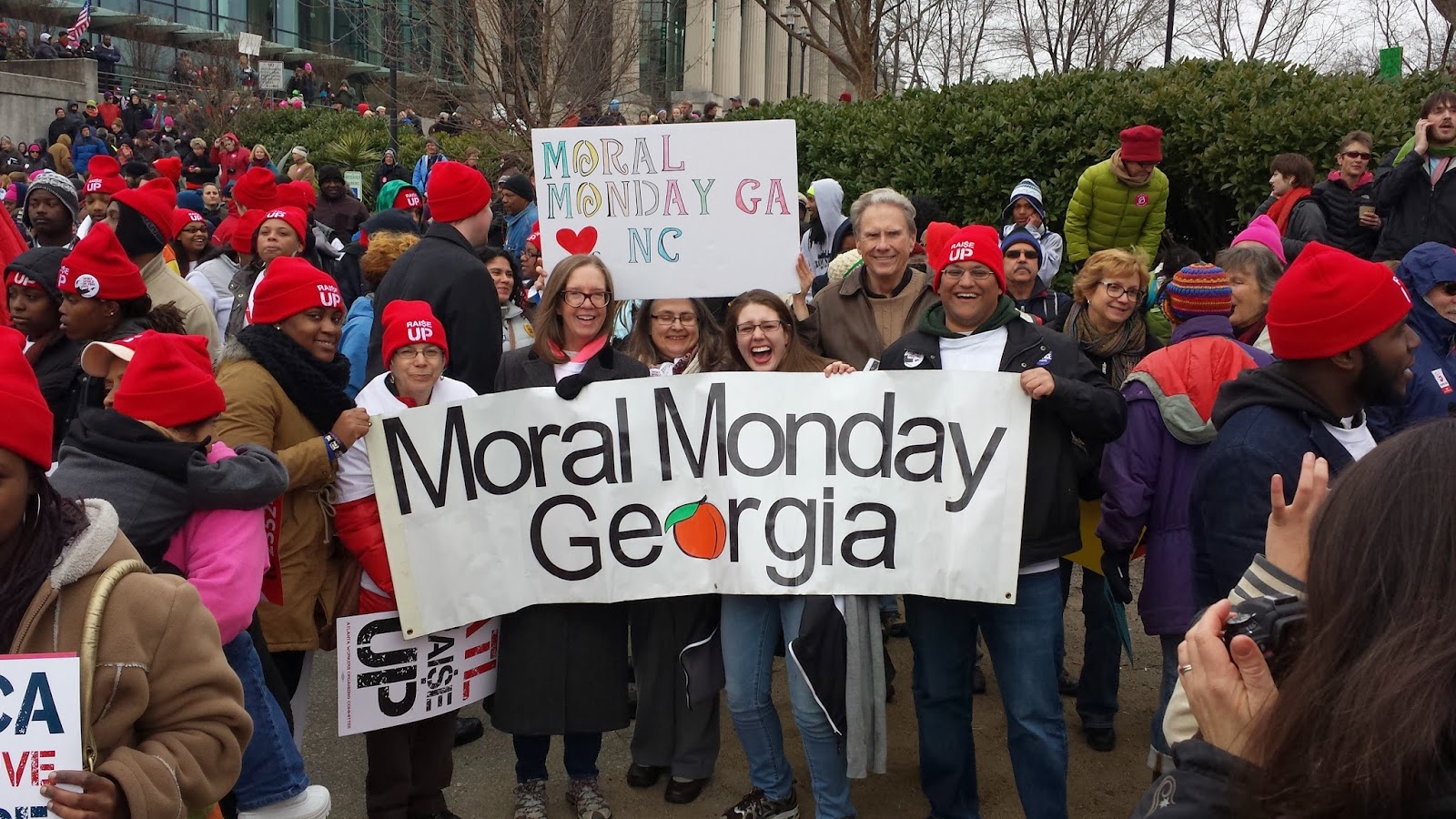 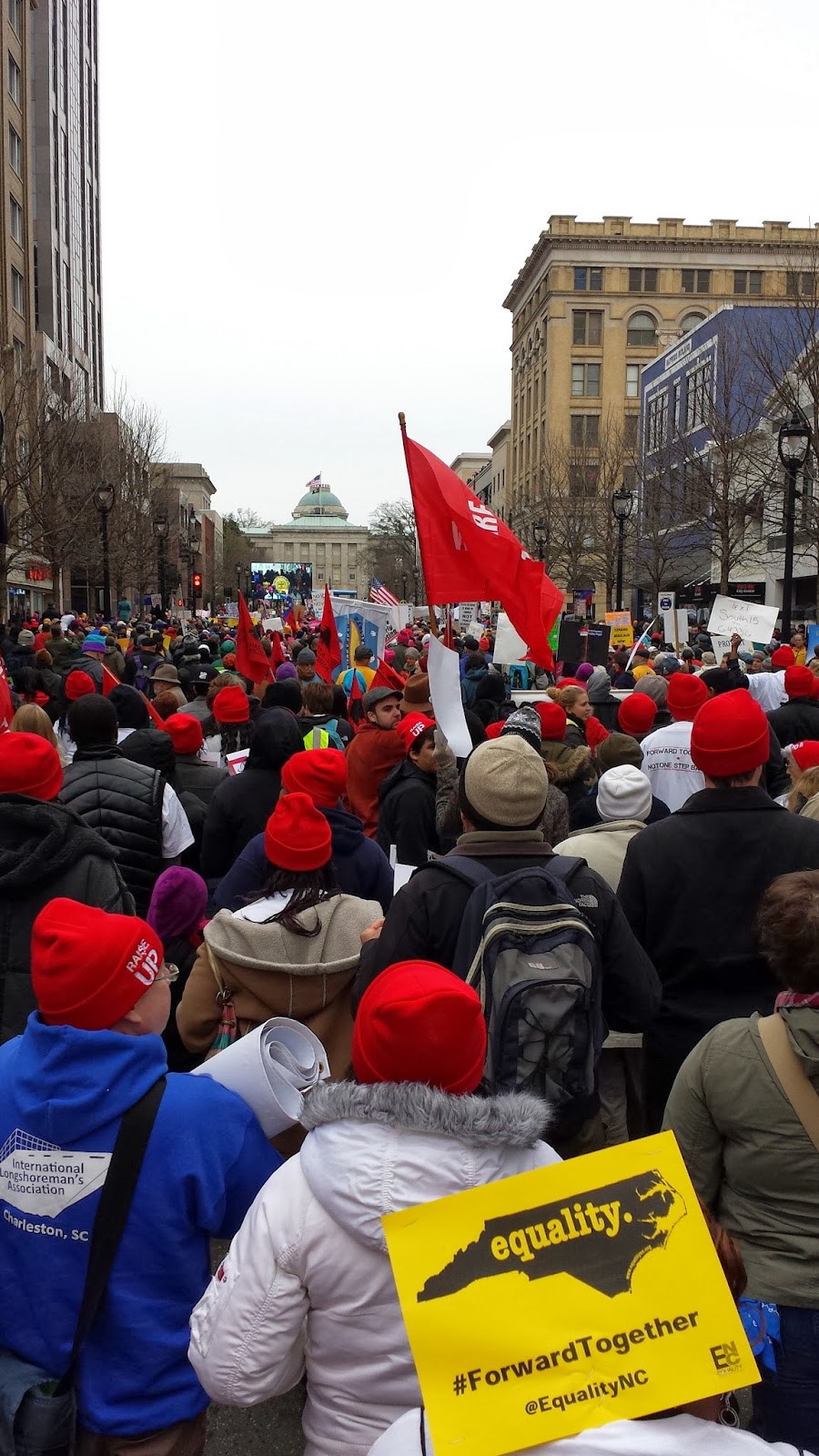 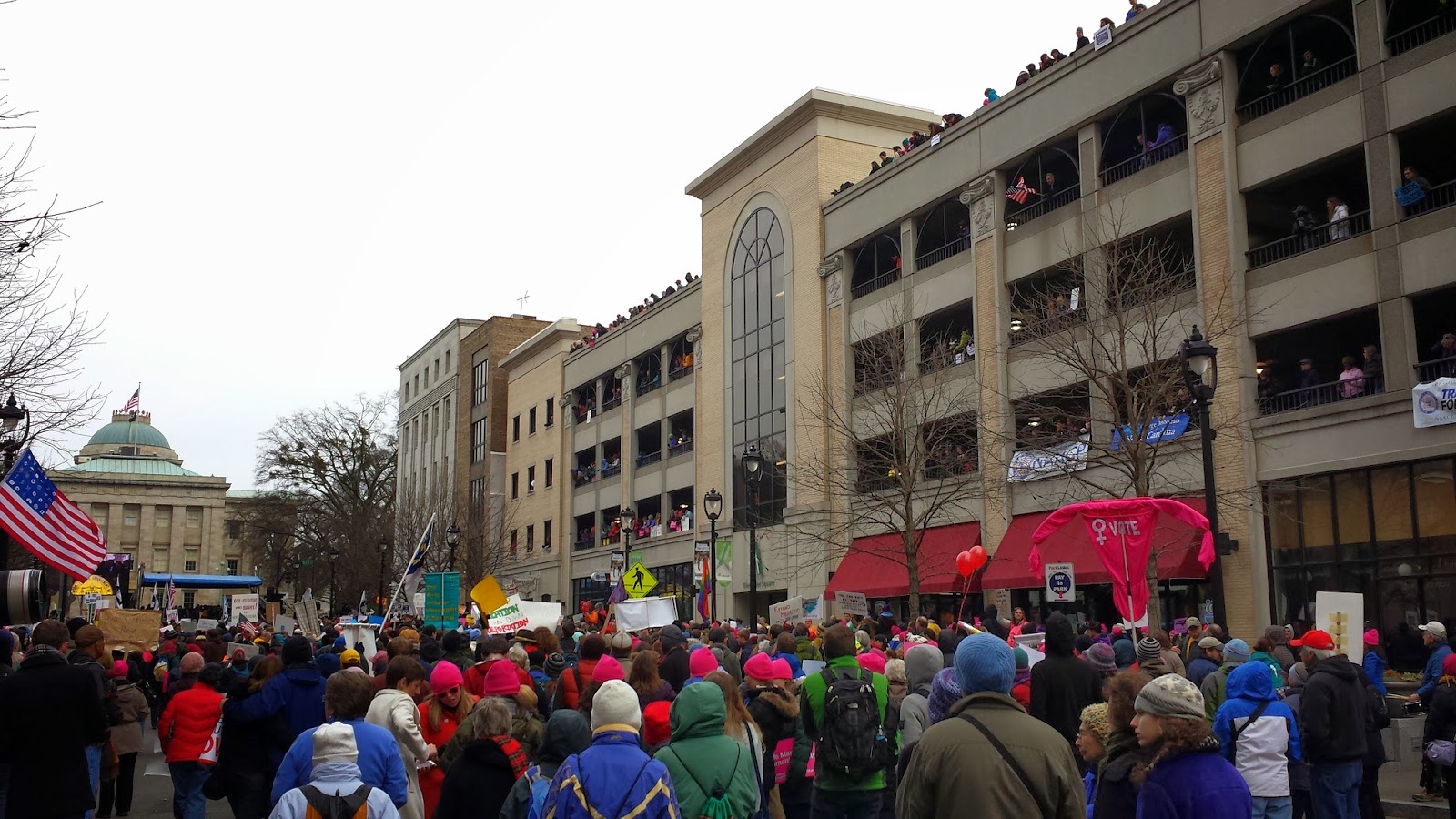 A healthy contingent of Georgians marched together in what will be remembered as one of the larger mobilizations in the south in many decades.

Labor rights, women's rights, LGBT rights, housing justice, environmental justice, public educations, medicaid expansion, a reform to the prison industrial complex, and an end to the attack on voter rights we all brought up as major focus areas for the movement. While it was clear that the majority of the crowd was from North Carolina, there were hundreds of people who travelled from around the south to be a part of the Moral March. It also seems clear that the Moral Monday movement is being seem as a southern strategy by a growing number of southerners.


Join Moral Monday Georgia this Monday at 4pm at the Georgia Capitol!
Posted by Atlanta Economic Justice Program/AFSC at 4:46 PM