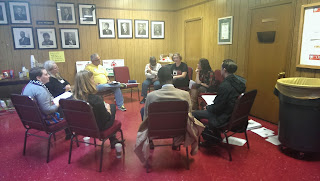 For the last several months the American Friends Service Committee has been working hard alongside Occupy Our Homes Atlanta to bring struggling homeowners, tenants, and housing justice organizers from around the south east together for a crash course in how to spark local housing justice groups. 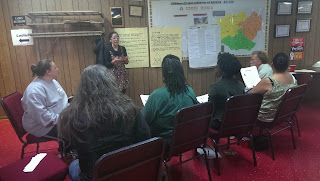 Leading up to the academy there were several visits to communities all over Florida and Tennessee to build moment for the academy and build capacity to do housing justice work in the South.

The Academy was held last month and brought folks from all over the south to participate in an intensive three day curriculum designed to arm people with all the tools to build a thriving  housing justice movement in their communities. It was especially exciting to have multiple residents prepared to launch local campaigns around their own housing struggles. 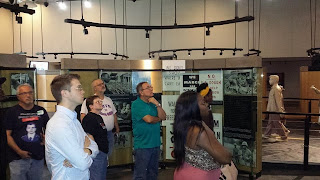 On day one we focused mainly on political education and leadership development through storytelling exercises. We also facilitated an amazing interactive step by step tour through the  housing justice campaign model we've developed over the last two years that has lead to dozens of local victories. 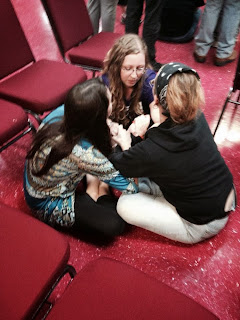 
Day there was on the job training as we took to Senator Johnny Isakson's office to demand that he not block a vote to confirm a permanent director for the Federal Housing Finance Agency (FHFA) which oversees Fannie Mae and Freddie Mac.  Read more about the action here. 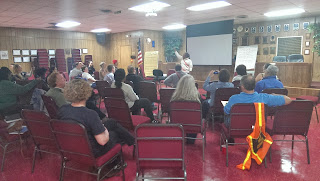 After the action we had a graduation ceremony. Since the academy there has been a lot of exciting of developments with graduates. There's been a recent launch of Occupy homes Florida, Occupy Our Home Orlando, and Occupy Chattanooga continues to build momentum around their multiple housing justice campaigns, they also had some great press converge of the academy; click here to see! 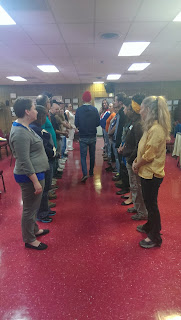 As we continue to see thousands of people in our communities left behind in a housing recovery that sees the overwhelming percentage of empty homes, homes lost by real people, bought up by private equity firms with the intention of securitizing the rental market, it's exciting to see new energy organized to take back our homes one house at a time.

We simply can no longer afford to allow the same small group of people to treat the most basic necessities of survival as a way to extract wealth from those that have so little. We simply can no longer afford to see the ratio of homeless people to grow far beyond the number of abandoned housing units. We simply can't afford the ever decreasing number of affordable housing dwellings in our communities. We know there are enough resources in this country to provide a place to call home for all of us.
Posted by Atlanta Economic Justice Program/AFSC at 12:37 AM