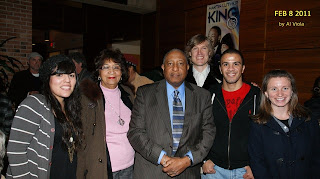 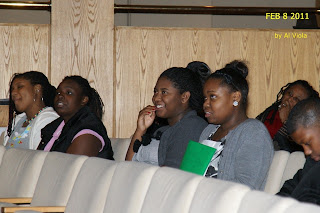 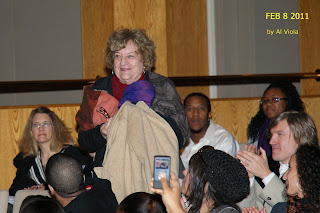 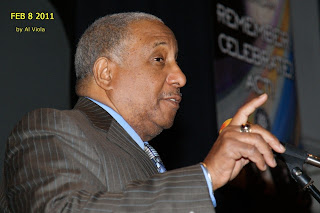 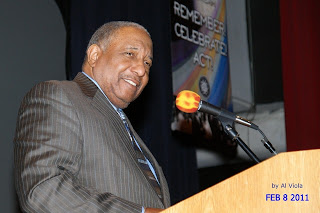 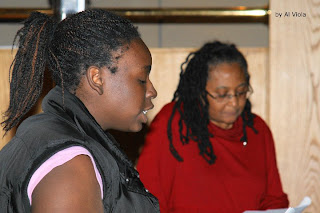 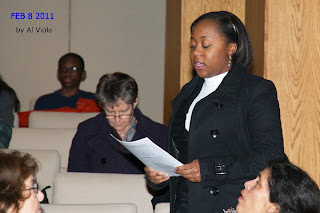 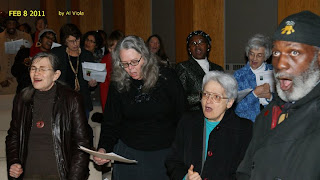 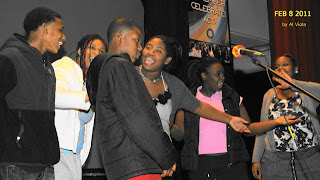 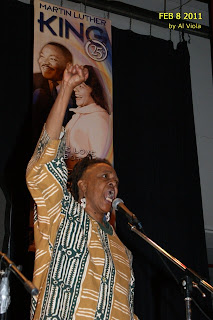 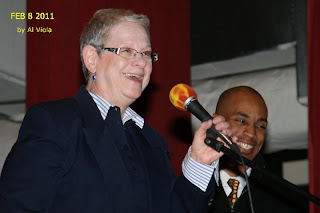 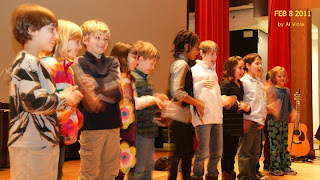 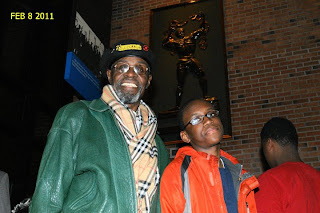 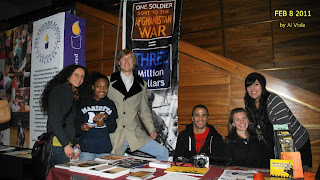 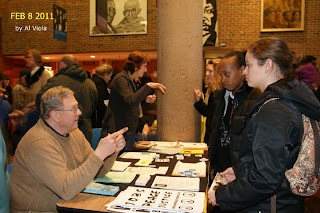 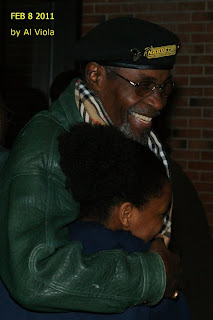 American Friends Service Committee's 4th Annual program had an exciting change of venue this year, the King Center. Ever since Alice Lovelace, our associate regional director, took over the annual event she has tried to highlight the historic connections between AFSC, Dr. King, and the civil rights movement.

The event is also a time when we lift Dr.King's Peace message that is often glossed over. To many believe that Dr.King's work became and ended with "I Have a Dream". The reality is that the last years of his life were devoted to building a broad movement to address the growing systems of violence and oppression. Dr. King saw and eloquently articulated the connections between militarism, racism, and economic injustice in his landmark, yet often unknown,
"Beyond Vietnam -- A Time to Break Silence -- "Delivered 4 April 1967, Riverside Church, New York City
http://www.americanrhetoric.com/speeches/mlkatimetobreaksilence.htm

Dr. King was of course murdered exactly one year after delivering that speech. Most acknowledge that it was his work beyond the civil rights movement that made him such a threat to the wielders of power.

It is perhaps a cruel paradox that today, over 43 years after Dr. Kings landmark speech at Riverside church, that our government is spending more money on systems of violence and oppression than it ever has, while the back of our economy lies broken. We spend more money on prisons then we do schools, 59% of our federal budget goes to the military industrial complex while 4% goes to education. It's a known fact that drug addiction is just as prevalent in whites folks as it is with black folks, yet there continues to be dramatic disparities that disfavor blacks when it comes to non-violent drug offenses that come with prison sentences.

Oh yes, Dr. King's message is perhaps much more relevant today than it was the day he gave it. In fact if he called the speech, "I have a Nightmare" I would go so far as to say that it has been realized, we life in the nightmare.

So we lift this message as high as we can.

Then there was a pretty amazing group reading of selected parts of Dr. King's Beyond Vietnam speech, read by dozens of folks from different organizations, it was powerfully choreographed.

The Substance Abuse Prevention Teen theater put on a short play addressing the growing problem of bullying in schools.

Betti Knott, our regional director, introduced our keynote speaker, Dr. Bernard Lafayette. I'm not easily starstruck, and I'm a harsh critic when it comes to public speakers. I must admit that I hang on every word Dr. Lafayette speaks when ever I've had the chance to hear him, and I'm still star struck whenever I meet him.

Dr. Lafayette treated the audience to a largely unknown history, much of which I was unaware of. Since the event was sponsored by AFSC and the King Center Dr. Lafayette decided to focus on the relationship between Dr. King and AFSC. He went on to explain not only the impact that AFSC had on him(Dr. Lafayette was an AFSC staffer in Chicago) but the impact AFSC had on Dr. King and Coretta Scott King. Dr. King, Lafayette explained, chose to go to Chicago because of the groundbreaking work AFSC had already done around organizing tenants. It might have made more sense to go to Boston or New York, where fundraising was less of a challenge, but there was no real ground work done there to build on. AFSC had laid the foundation for King's work in Chicago.
The trip that the King family made to India to meet with folks that had worked with Gandhi was facilitated by AFSC, the Nobel Peace prize nomination was made by AFSC, but the deeper connection between Dr. King and AFSC was on the ground, in the trenches every step of the way, according to Dr. Lafayette.
Lafayette went so far as to say that Dr. King and Coretta Scott King's relationship with AFSC organizers had such an effect an his analysis that it was a major factor in his decision to break the silence about the war in Vietnam. A decision that came with great consequences for King, consequences which he had foreseen. Consequences that many believe resulted in his murder. Many civil rights leaders who worked along King Condemned him for breaking the silence, claiming that the war had nothing to do with civil rights.

The feeling on Tuesday night, while Dr. Lafayette spoke, was that we were being treated to very intimate information. That he was sharing unwritten history, fragile history with us. Dr. Lafayette actually put a challenge out to the group stating, "somebody here needs to start working on the book".

While I'm not gonna start working on the book, Tuesday night was a piece of magic for me. I also forgot to mention that I had the pleasure of sitting right next to Constance Curry(She was the first white woman appointed to the Student Nonviolent Coordinating Committee's (SNCC) executive board, and last years keynote speaker). Both Constance and Dr. Lafayette are former AFSC staff....big shoes to fill!!