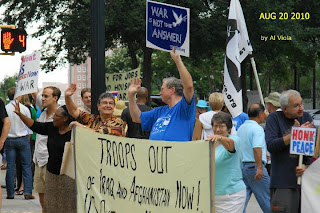 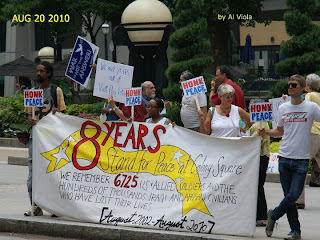 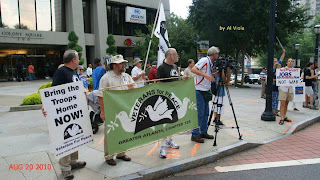 During the build up to the Iraq invasion of 2003 members Georgia Wand put all call out to the Atlanta community to hold a weekly demonstration outside of Zell Millers office. Members of the Georgia Peace and Justice Coalition, Every Church a Peace Church, Concerned Black Clergy, Veterans For Peace, American Friends Service Committee, the International Action Center, and many others answered the call.

Demonstrations outside of Miller's office at Colony Square against the Iraq war began in August of 2002 and have continued since. Through the years the number of folks that come out has gone up and down but Georgia Wand has remained committed to keeping that corner of Peachtree and 14th occupied by folks with a message of peace and resistance of war in Iraq and Afghanistan.


They continue to meet at Colony Square(Peachtree & 14th) weekly from 12-1pm.