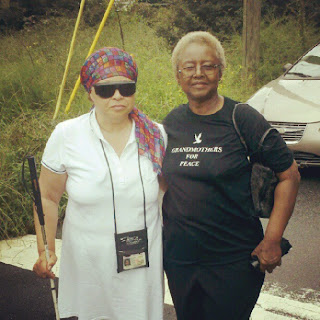 I have been with the housing authority of Fulton County for 9 years. In that 9 years this is my 5th move. Each move was due to investment landlords failing to properly maintain their properties. I have never been compensated for any of my involuntary moves. This is not the case for all families especially when the move is due to unsafe/unsanitary/inhabitable conditions but the Fulton County Housing Authority has never paid for me to move from any one of those 5 properties.

I am disabled due to head and brain injuries from domestic violence and most shelters won't take me in because of my health conditions one of which is epilepsy. They see me as a risk and liability. This struggle is not easy when you're homeless and have medical problems. 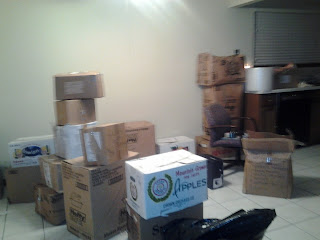 When I moved into my last home I had low vision because of my previous head and brain injury. I could still hear and see with special audio and visual devices. Fulton County inspected the property 5 times and ignored visible problems. I even listed things that weren't complete with the property before moving in myself and nothing was addressed. Being that I could not see very well initially, I relied on Fulton County's inspection to assure that the house was up to code. I sustained carbon and natural gas poisoning to my neurological system due to a gas leak my landlord ignored. After multiple emergency room visits my doctor informed me that my additional health issues were due to the gas leak and a faulty stove. This left me completely blind. To add to this, I could not use the stove for nearly two months. 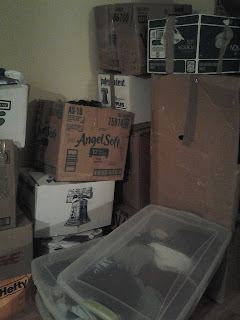 I started working for the mortgage industry back in 1992 because of my mother's struggle with her mortgage. She had a 21% interest rate mortgage with Nation's Credit. I worked to help others in the area of home ownership such insanely high interest rates. My mother's home was foreclosed on even though we have the deed that says it was paid in full. This struggle has been extremely difficult for me. I was running for my life from my abusive ex-husband who only got 9 yrs probation for what he did to me. After his probation he committed murder. I now have to struggle out here on the streets and scramble to find a new (safe) place within 160 days or else my housing voucher will be revoked. I also have to appear at a hearing to prove that the gas leak wasn't my doing as they are claiming. If I don't have evidence that I didn't cause it then my housing voucher is gone. This happened after I was questioned about even being blind.


Now that I've filed a complaint regarding my many troubles with the housing authority back in 2010 they want to blame me for all my troubles and take away my right to housing.


A note from AFSC staff,

After hearing about Carolyn Harper's struggle members of Atlanta Grandmothers For Peace stepped up and paid for Carolyn to move into an hotel for seven days while she sorts things out and attempts to find a new place. Those seven days are up Monday September the 10th. It costs about $200. to pay for a week. If you or someone you know might be willing to buy another week for Carolyn please email tfranzen@afsc.org or call 404-414-5521.
Posted by Atlanta Economic Justice Program/AFSC at 1:54 AM