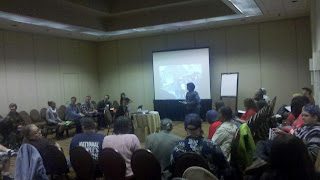 The day after the annual Bank of America shareholders meeting around a dozen of us Atlanta folks stuck around to participate in a national urban summit to address the unprecedented housing crisis. Occupy Our Homes, Atlanta(OOHA), which AFSC has put a lot of time and energy supporting, was a front and center group at the Congress. The event was organized by the Unity Coalition which is a grouping of several national coalitions including Right to the City, and Jobs With Justice.

OOHA had an opportunity to present their home defense/community building model to hundreds of folks, and more importantly OOha had the chance to learn from folks that have been engaged in this work for many years. 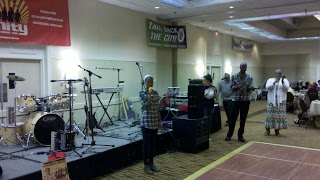 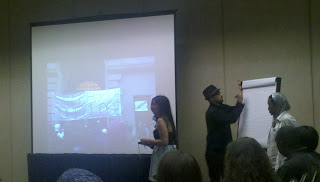 Conversations about how to bring the creative, bold, fearless occupy tactic together with good old fashion community organizing went late into the night. Though the housing crisis is a nightmare, it's clear that from the ashes of it there's great potential to change our communities approach to housing, to lift housing up as a human right, to build the communities we want to live in.